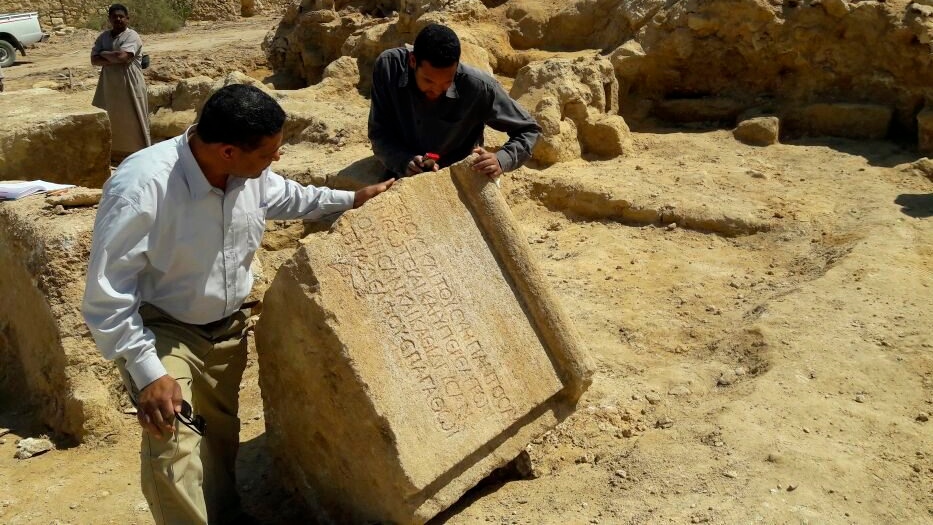 CAIRO -- Egypt says archeologists have uncovered the remains of a temple dating back to the second century.

The Antiquities Ministry said Thursday that the temple, which dates back to the reign of Roman Emperor Antoninus Pius, was found near the Siwa Oasis in the western desert. It includes the foundations of a large limestone building.

He says the painting, which is believed to be part of the temple's entrance, was found in good condition and will undergo restoration.

An Egyptian Archaeological Mission of the Ministry of Antiquities, succeeded to discover a temple from the reign of ...

Posted by ‎Ministry of Antiquities وزارة الآثار‎ on Thursday, May 10, 2018