Archaeologists race to save ancient Arctic sites from rising ocean 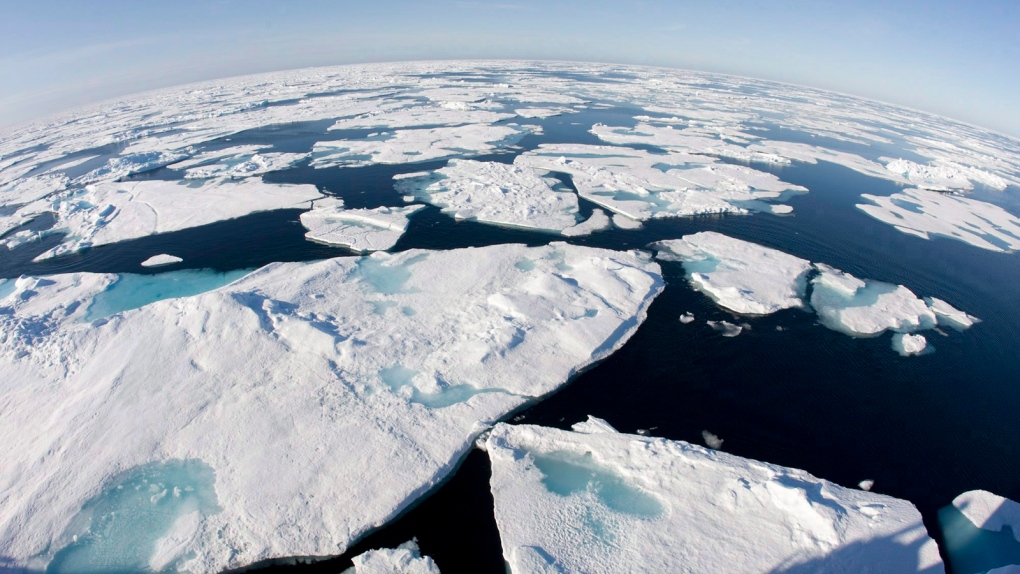 This photo made with a fisheye lens shows ice floes in Baffin Bay above the Arctic Circle, seen from the Canadian Coast Guard icebreaker Louis S. St-Laurent on July 10, 2008. (Jonathan Hayward / THE CANADIAN PRESS)

Arctic archaeologists are fighting to learn what they can from one of the most extensive ancient sites in the North before climate change eats away centuries of history.

"It's really happening in a big way," said Max Friesen, a University of Toronto archaeologist who's heading this week to a remote island near the Northwest Territories and Yukon. "We have no idea what we're missing."

Friesen is in the middle of a multi-year program to try and preserve what's left of the cultural heritage of the Mackenzie Delta, an area rich in archaeological remains from before European contact.

But the region is also seeing some of the fastest global warming on Earth. That means melting permafrost and increased erosion along the coastlines where the sites are located.

Kuukpak is one of those sites.

Much more than a collection of tent rings, Kuukpak was a complex, year-round community that lasted from the 1400s up until the nineteenth century. Stretching for almost a kilometre along the shore, Kuukpak had at least 40 large houses dug into the earth and built of sod and driftwood.

Unexcavated, the houses look like large holes filled with wood from the floor and collapsed roofs. They originally held a central, common area about three metres square with alcoves off three sides for individual families. An entrance tunnel came off the remaining side.

Up to three families would have shared one of Kuukpak's large houses, living off abundant beluga whales, caribou and seals. Kuukpak in its prime would have been about the same size as some contemporary Arctic communities.

The site, crucial to the history and culture of the Inuvialuit, is vanishing into the Beaufort Sea.

"In one region where we had started excavating a house, (the shoreline) had moved back about a metre in one year, right at the central, critical part of the site," Friesen said.

While the south end of Kuukpak remains stable, the north end has eroded.

Now in the fourth year of the Cultural Heritage at Risk program, co-sponsored by the Inuvialuit Cultural Resources Centre, Friesen is trying to learn as much as he can before Kuukpak washes away. That means focusing on two remaining big houses that are on the edge of the advancing coastine, wringing them dry of knowledge before they fall into the ocean.

"It's difficult, trying to figure out which areas are the most important to dig and also which are most at risk."

Most of the 19 major archaeological sites on the Mackenzie Delta are eroding. Some - like Nuvuqaq, one of only two pre-contact bowhead whale hunting settlements - are already gone.

"There are a couple of sites where I thought we might be digging the next couple years and when I've gone and looked closely, I couldn't find any parts of them that are even worth excavating," Friesen said. "All the richest areas are gone."

Archaeologists have been working in the Mackenzie Delta for decades and much Inuvialuit oral history has been preserved.

"We just don't know enough about any aspect of ancient Inuvialuit society to be able to write a complete history," he said.