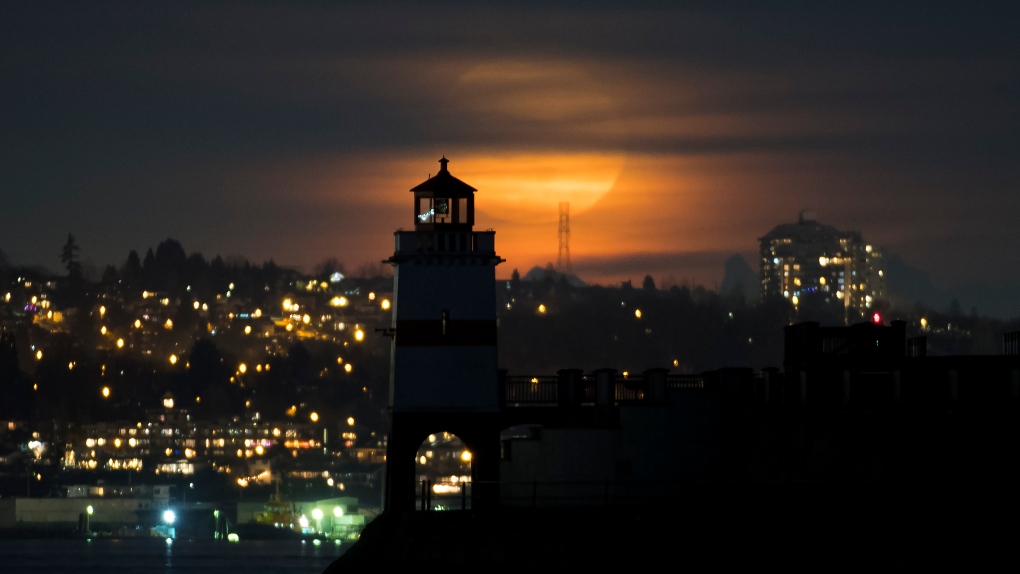 The pink supermoon rises behind the lighthouse on Brockton Point in Stanley Park in Vancouver, B.C., Wednesday, April 8, 2020. THE CANADIAN PRESS/Jonathan Hayward

TORONTO -- Be sure to take a look at the night sky this coming Monday because the next full moon will be a "super pink moon," according to the Old Farmer's Almanac.

It's the first of two supermoons this year. The moon this month is expected to reach its peak illumination at around 11:33 p.m. EDT on April 26.

Despite the name, the moon won't actually appear pink. The Old Farmer's Almanac says that the name refers to the fact that April's full moon coincides with the blooming of the bright pink creeping phlox flowers. The moon will actually appear golden and fade to a bright white.

Supermoons tend to be around 15 per cent brighter and seven per cent bigger than an average full moon.

NASA says supermoons occur because the moon orbits around the Earth in an ellipse or oval shape rather than a perfect circle.

Another supermoon is expected on May 26, which the Old Farmer's Almanac calls the "flower moon".