Any lice with that salmon? Parasite plagues global industry 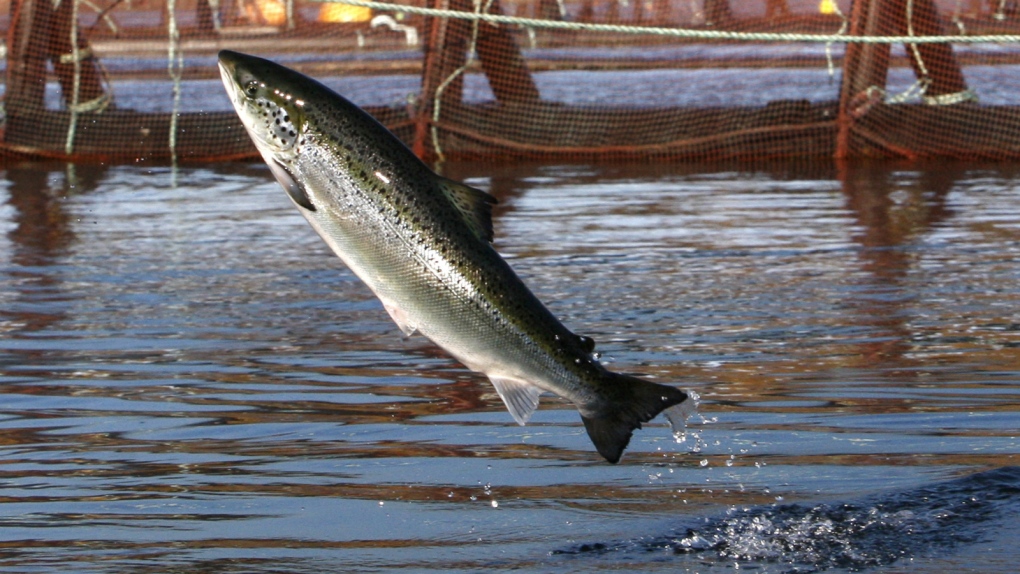 ST. ANDREWS, N.B. -- Salmon have a lousy problem, and the race to solve it is spanning the globe.

A surge of parasitic sea lice is disrupting salmon farms around the world. The tiny lice attach themselves to salmon and feed on them, killing or rendering them unsuitable for dinner tables.

Meanwhile, wholesale prices of salmon are way up, as high as 50 per cent last year. That means higher consumer prices for everything from salmon fillets and steaks to more expensive lox on bagels.

The lice are actually tiny crustaceans that have infested salmon farms in the U.S., Canada, Scotland, Norway and Chile, major suppliers of the high-protein, heart-healthy fish. Scientists and fish farmers are working on new ways to control the pests, which Fish Farmer Magazine stated last year costs the global aquaculture industry about $1 billion annually.

So far it has been an uphill struggle that is a threat to a way of life in countries where salmon farming is a part of the culture.

"Our work has to be quicker than the evolution of the lice," said Jake Elliott, vice-president of Cooke Aquaculture in Blacks Harbour, New Brunswick.

Experts say defeating the lice will take a suite of new and established technology, including older management tools such as pesticides and newer strategies such as breeding for genetic resistance. The innovative solutions in use or development include bathing the salmon in warm water to remove lice and zapping the lice with underwater lasers.

Farmers worldwide consider sea lice the biggest threat to their industry and say the persistent problem is making the fish more expensive to consumers. Farmed salmon was worth nearly $12 billion in 2015, according to the Food and Agriculture Organization of the United Nations.

The only hope is to develop new methods to control the spread of lice, which are present in the wild, but thrive in the tightly packed ocean pens for fish farming, said Shawn Robinson, a scientist with the Canadian Department of Fisheries and Oceans.

"There are not enough tools right now to allow the farmer to really effectively deal with it," Robinson said.

The lice can grow to about the size of a pea and lay thousands of eggs in their brief lifetime. The chance of a louse making its way to a diner's plate is very small because salmon are checked for lice before being sent to market. But even if one did, eating it wouldn't pose a health threat.

Atlantic salmon have held their own with sea lice in the wild for centuries, and fish farmers managed them in aquaculture environments for many years. Then, farmers in Canada identified the lice as a problem around 1994, said Jonathan Carr, executive director of research and environment with the Atlantic Salmon Federation.

Feeding fish a pesticide with the active ingredient of emamectin benzoate became the tool of choice to control lice, Carr said. But around 2009, the lice appeared to become resistant to the pesticide, and they have spread globally since.

The industry's key mistake was reacting when the lice evolved to survive pesticide, Carr said, rather than "getting ahead in the game."

The worldwide supply of salmon fell almost 10 per cent last year, with Norway, the largest producer in the world, especially hard hit. In Norway, there are hundreds of times more salmon in aquaculture than in the wild. And the fish potentially can escape their pens with lice attached and introduce them to wild fish.

Norwegian farmers are looking to use new closed-in pens that resemble giant eggs instead of typical mesh pens. Scottish farmers have deployed a device known as a Thermolicer to warm the water and detach the lice from fish. And farmers in North America and Europe are experimenting with using species of "cleaner fish" to coexist with the salmon and eat the lice.

Research about farming salmon along with mussels, which researchers have found will eat larval sea lice, is underway. Underwater drones inhabit the other end of the technological spectrum, zapping lice with lasers to kill them. That technology was developed in Norway and has been used there and in Scotland.

Cooke keeps a brood stock of fish in the hopes of breeding them for desirable traits such as disease resistance. And the company uses a pair of boats capable of pumping 10,000 fish at a time into a hydrogen peroxide bath, which kills most of the lice, although it also can stress and kill some fish.

On the shores of Beaver Harbour, New Brunswick, Cooke engineer Joel Halse stood recently aboard a $4 million vessel containing a series of tubes that send 300 salmon a minute on a winding journey while dousing them with warm water to remove lice.

Halse, who likened it to a "waterslide park" for fish, said the fish farming industry has no choice but to try such innovations.

"The cost to the salmon farming industry from sea lice is huge," he said. "And having tools to control the population would be huge."