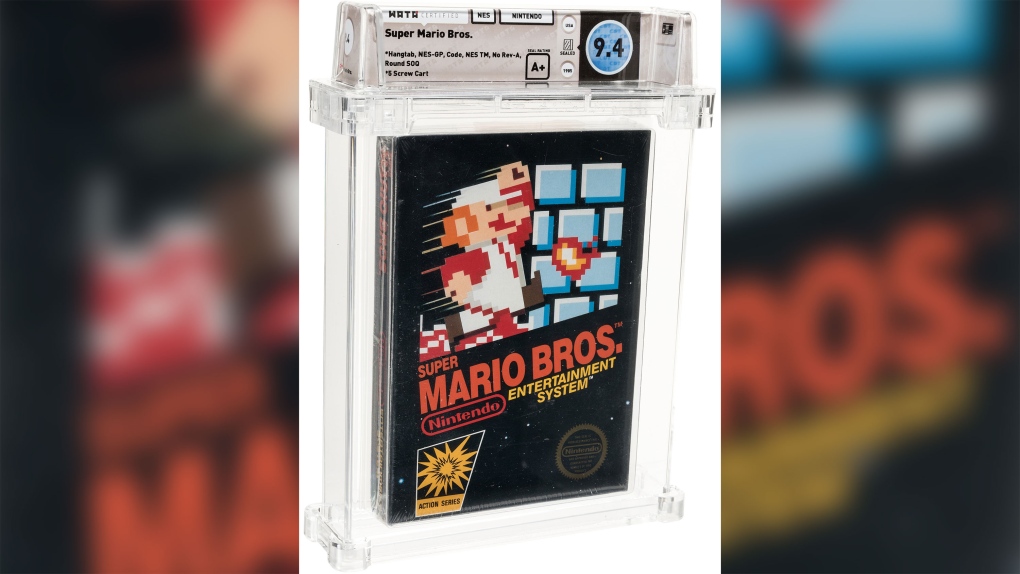 An unopened copy of the Super Mario Bros. video game sold for a record $114,000. (Heritage Auctions/HA.co)

An anonymous buyer bid a record US$114,000 for a rare, unopened copy of the classic video game Super Mario Bros.

The game cartridge was originally released in 1985 for the popular Nintendo Entertainment System console, according to Dallas-based Heritage Auctions, which ran Friday's auction.

The winning bid broke the record for the most ever paid for a video game, according to Heritage. A mint-condition copy of the same game sold for US$100,150 in February 2019.

This version of Super Mario Bros. was particularly rare because the box with a cardboard hang tab underneath the plastic, an indication that it was produced after Nintendo started using shrink-wrap to seal the games rather than stickers, the company said in a news release.

Listed in excellent condition, Heritage said it is the highest-graded copy of the game the company has ever sold.

The video game auction brought in almost US$700,000, according to Heritage.

A prototype of the never-sold Sega Pluto-02 Console brought in a winning bid of US$84,000. The prototype, from Sega's canceled project to create a second model of the Sega Saturn console, never was released to the public, according to Heritage.