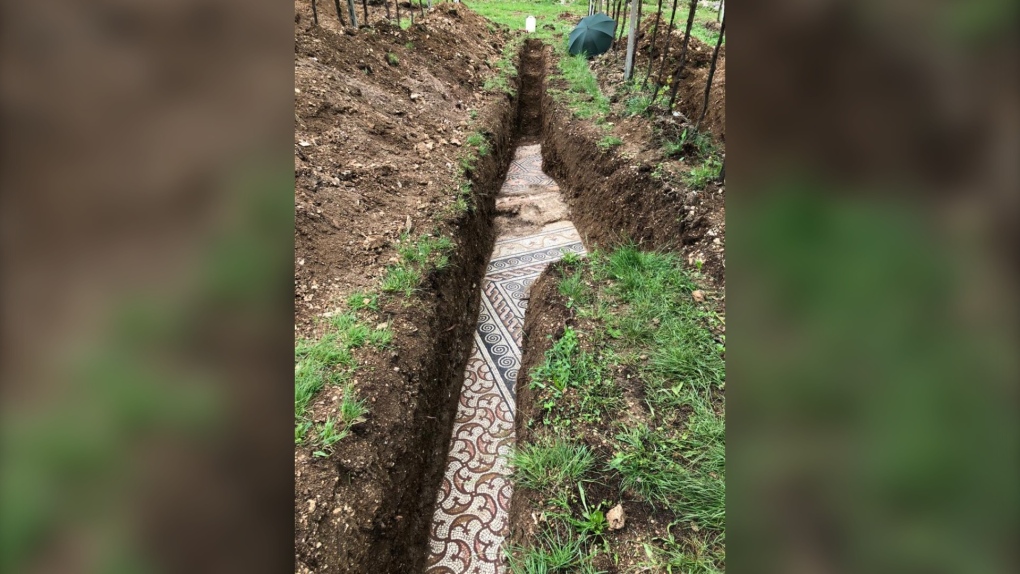 Local officials said scholars first found evidence of a villa at the site more than a century ago. (Comune di Negrar di Valpolicella/Facebook)

TORONTO -- After decades of searching, surveyors say an ancient Roman mosaic floor has been discovered under an Italian vineyard.

Surveyors in the commune of Negrar di Valpolicella shared photos on the town's Facebook page of well-preserved tiles found buried under a few metres of vines and soil. The images show the pristine mosaic as well as foundations of the villa discovered near the northern Italian city of Verona.

According to the post, scholars first found evidence of a Roman villa there more than a century ago.

"After countless decades of failed attempts, part of the floor and foundations of the Roman villa located north of Verona, discovered by scholars a century ago, has finally been brought to light," read a translation from the original Italian-language Facebook post.

A note on the commune website said surveyors finally made the discovery "after decades of failed attempts."

Surveyors are in talks with the owners of the vineyard and the municipality "to identify the most appropriate ways to make this archeological treasure hidden under our feet available and accessible," according to the Facebook post.

The commune’s local authorities have agreed to provide "all necessary help" to continue with the excavation as archeologists will need "significant resources" to finish the job.