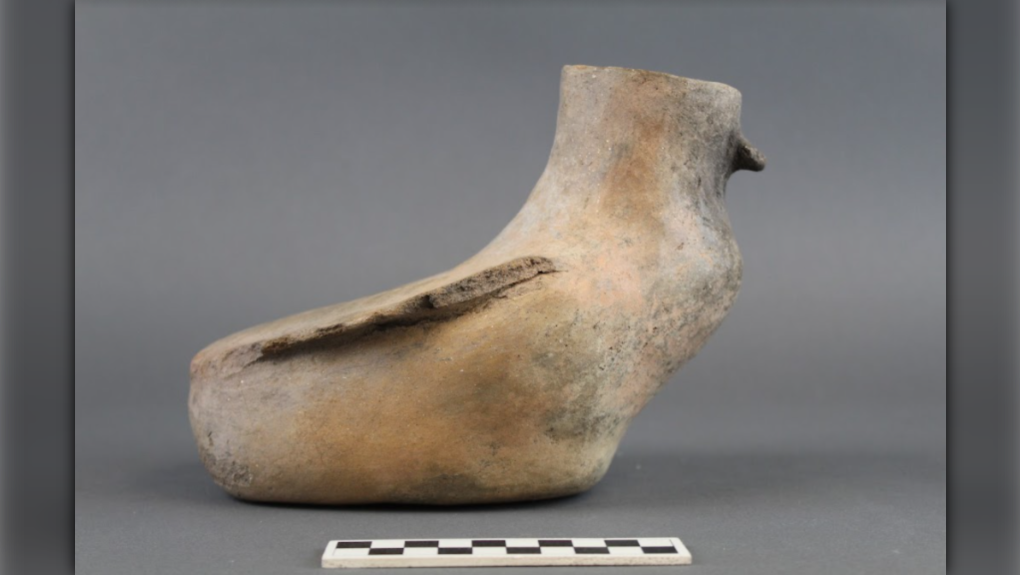 A duck effigy vessel made by mobile farmers during the period just prior to the climate anomaly. Water birds hold great significance for modern Pueblo peoples – the descendants of the ancient innovators that weathered the sixth-century climate anomaly (Antiquity/ R. J. Sinensky)

TORONTO -- An ancient climate disaster and its extended impact across the globe was a major factor in the ancient Indigenous Pueblo societies’ eventual thriving civilization in North America, according to a new study in the Antiquity Journal.

In 536 AD, a massive volcanic eruption in Iceland resulted in a climate catastrophe across large parts of Europe and Asia, with the ensuing volcanic winter dimming the sun, lowering temperatures and causing crops to fail.

A second eruption in 541 AD extended the crisis, possibly for decades.

The eruptions and the resulting fallout led a medieval scholar to describe it as “one of the worst periods to be alive, if not the worst year.”

In the upcoming February 2022 issue of the Antiquity Journal, researchers from University of California Los Angeles and Colorado State University have been studying how Indigenous people in North America were impacted by the environment changes stemming from the volcanic eruptions.

Focusing on the ancestral Pueblo societies in what is now the northern region of America’s southwest, the study reveals the volcanic eruptions’ aftermath resulted in a dramatically cold period in the region, which led to migrations away from the affected areas as crops failed.

Tree rings examined from across the southwestern U.S. show how cold and dry conditions after the eruptions stunted plant growth and archeological data shows a decline in dwellings and construction, with evidence of the abandonment of long-held traditions in the area.

At the time the Indigenous people lived in small and dispersed hamlets based around family ties. The climate crisis, however, tore apart the existing social structures, the study says.

In the period after the crisis, which saw a population boom across much of Arizona, New Mexico, Colorado and Utah during the 7th century, researchers believe it reflects a recovery from the eruptions’ aftermath, leading to new lifestyles.

Archeologists have been trying to figure out the reason how the ancient Pueblo groups shifted from small, family centred hamlets to massive sites that contained the largest buildings on the continent at the time.

The new study posits that the transformation was partly the result of the climate crisis affecting the Indigenous society and led to its reorganization.

“Human societies are capable of reorganization to deal with unprecedented climate disruptions,” said lead study author R. J. Sinensky in a release, “Nearly 1,500 years ago Ancestral Puebloan farmers living in the arid uplands of what is now the southwestern United States were resourceful and resilient in responding to the most extreme global temperature anomaly to occur within the past 2,500 years.”

The descendants of the ancient Pueblo people continue to live in what is now the northern region of America’s southwest.