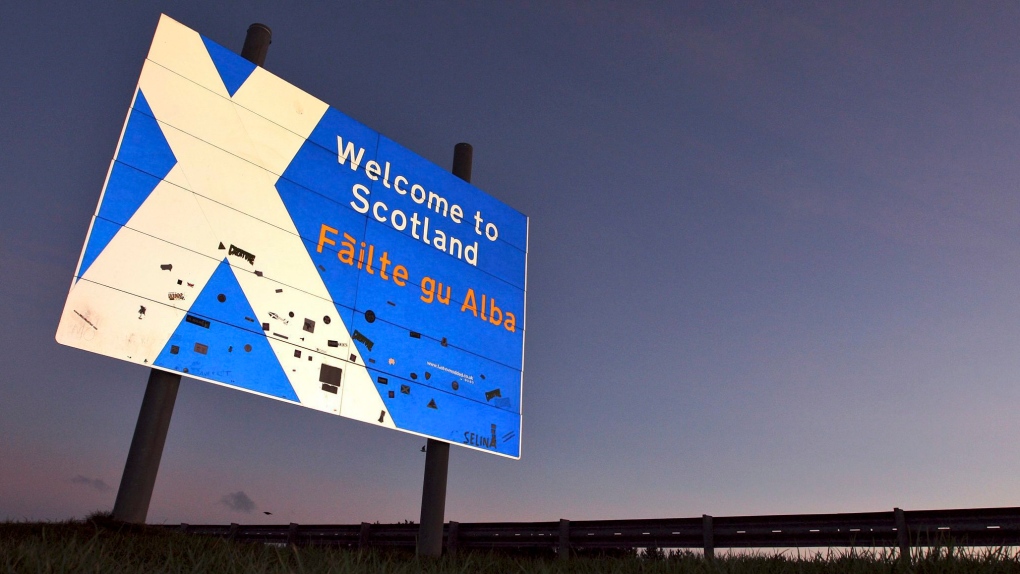 A amateur metal detectorist has uncovered a haul of Bronze Age objects in a Scottish field, in what experts are calling a "nationally significant" discovery.

The hoard, which dates from 1,000-900 BC and includes a complete horse harness and sword, was found by Mariusz Stepien as he searched a field near Peebles, Scotland with friends on June 21.

Stepien discovered a bronze object buried 1.5 feet under the ground, and reported his discovery to the Treasure Trove Unit after getting strong signals from the earth around the object.

Archeologists worked on the site for 22 days, and discovered a sword still in its scabbard, decorated straps, buckles, rings, ornaments and chariot wheel axle caps, as well as evidence of a decorative "rattle pendant" that would have been attached to the harness -- the first to be found in Scotland.

"I thought I've never seen anything like this before and felt from the very beginning that this might be something spectacular and I've just discovered a big part of Scottish history," Stepien, who has been detecting for almost nine years, said in a statement.

Stepien and his friends camped in the field for the duration of the 22-day dig, determined to witness the excavation from beginning to end.

"I was over the moon, actually shaking with happiness," he added. "I'm so pleased that the earth revealed to me something that was hidden for more than 3000 years. I still can't believe it happened!"

This is only the second time a haul of this kind has been discovered in Scotland, according to experts from Scotland's Crown Office and Procurator Fiscal Service (COPFS).

The soil had preserved the trove's organic materials, such as wood and leather, which allowed archaeologists to trace the straps, which connected buckles and rings to make a harness -- something they say has never been seen before in Britain.

"This is a nationally significant find -- so few Bronze Age hoards have been excavated in Scotland, it was an amazing opportunity for us to not only recover bronze artifacts, but organic material as well," Emily Freeman, Head of the Treasure Trove Unit, said in a statement.

"There is still a lot of work to be done to assess the artifacts and understand why they were deposited," she added.

The cache of treasure has been removed from the site in a block of soil and taken to the National Museums Collection Center in Edinburgh for continued excavation and research, COPFS said in a statement.