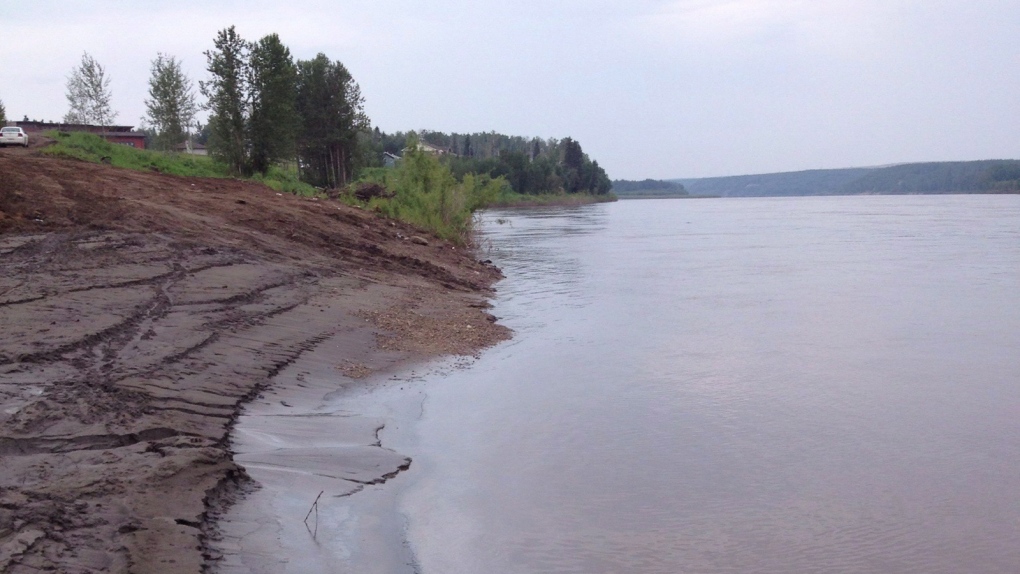 An oily sheen is seen on the Athabasca River near Fort Chipewyan, Alta., in this July 6, 2013 handout photo. (Athabasca Chipewyan First Nation / THE CANADIAN PRESS)

EDMONTON -- Alberta's plan to protect the Athabasca River from the escalating pressure of oilsands development reveals how little the government understands about the environment it claims to protect, say prominent scientists and critics.

"It's pretty pathetic," said David Schindler, a retired University of Alberta ecologist and a leading expert on fresh-water systems. "If you were to put this before a panel of international scientists, they would be incredulous."

Government officials say the draft plan, obtained by The Canadian Press, is the best they can do with what they have.

"The challenge we have is that we're using what I'd call the best available science," said Andy Ridge, director of water policy for Alberta Environment. "It's not necessarily the best possible.

"Most people are going to say we need to improve the science. But of what's available, (we've) used it."

Last December, the provincial government distributed its draft surface water quantity management framework for the Lower Athabasca River to industry, interest groups and First Nations. Its measures are expected to be implemented by the fall.

The report points out industrial water demand on the Athabasca is expected to increase by nearly 500 per cent by 2020 and provides ways to regulate how much water could be removed at different times of the year. The river's flow varies wildly: from 88 cubic metres per second in January to more than 3,500 in July.

Using 50 years of flow data, the report lays out varying withdrawal limits for five "seasons." At all times, total withdrawals would be a small fraction of the river's flow and would nearly stop when the Athabasca was flowing at its lowest rate.

Companies would be encouraged to store water to use during low-flow periods.

The problem, say critics, is that there's no research justifying those withdrawals. Fish habitat, bug populations, water quality, groundwater, connections to tributaries -- none of those factors was considered.

"It's not based in anything," said Bill Donahue, a water scientist and a member of a panel that advises the province on environmental monitoring. "It involves no assessment of the capacity of the river to tolerate reductions in flow."

Even a couple inches in water levels can be critical, said Schindler.

"The main fear about low flows is that it will leave eggs and embryos high and dry. It's like nobody wants to get out into the field and do some actual biology to see what flows the (plants and animals) require."

Worse, Donahue said, is that the report assumes the Athabasca will reach its very lowest levels with the same frequency it has for the last 50 years. That ignores that most of those low-flow years occurred within the last decade, probably because of climate change.

Even then, waiting for the river to hit the lowest levels on record before cutting off withdrawals is too late, he said.

"A characterization of the draft framework as 'protective' of the health of the Lower Athabasca River is wildly aspirational."

Ridge acknowledges in-the-field science is scarce in the report. He said Alberta used state-of-the-art computer modelling to fill in the gap.

"The science is less in the actual looking at the trends in the flows and more in the running of scenarios -- using raw data from different sources and running through models that are generally accepted water models."

Ridge said the current framework is an attempt to manage risk to the ecosystem. If things change, so will the rules, he said.

"If the amount of water that's being used by oilsands, or if the degree to which we're seeing low flow periods, is deviating from what we assumed in our base modelling, then we need to revisit this framework."

More and better research is on its way, he said.

"I would swear I've seen this document 10 years ago," he said.

Donahue said the framework is as much political as it is scientific.

"Scientists have been asked, 'We need this framework and we need it yesterday,"' he said.

Donahue said the province is gambling with its major industry.

"This industry is expanding on the absolute assumption that water supplies are going to be stable and at levels they've been at in the past for at least the next 50 years. All the trends say that's not the proper way to look at it.

"It wouldn't surprise me if companies have to shut down if we get one or two or five years that are drier than normal."

Those who actually live on the river aren't impressed either.

"When we hit low water levels, a lot of our people won't even be able to get into their traditional territory," said Chief Allan Adam of the Athabasca Chipewyan First Nation, a band of 1,000 people at Fort Chipewyan, where about three-quarters of the people are on the river several times a week.

"This government -- both federal and provincial -- are, in more ways than one, catering to industry needs and looking after the whole economic front."

Adam's band has filed for a judicial review of a land-use plan for the area that includes the water-use framework.

"We will lobby government and bring it to their attention that this is wrong. If that continues to happen, you will always have confrontation."