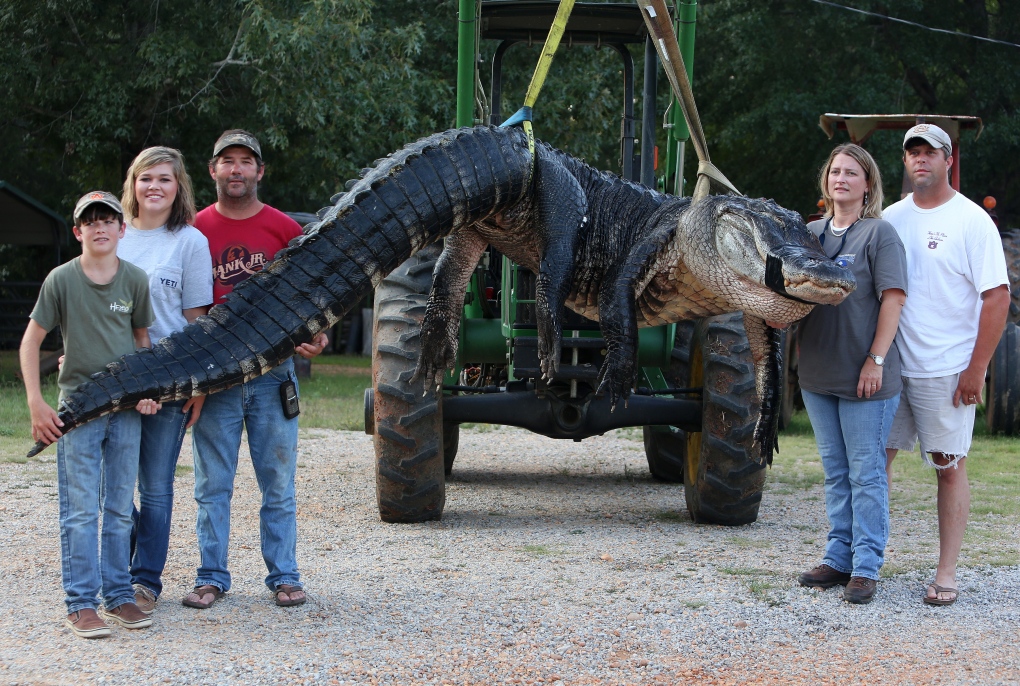 CAMDEN, Ala. — A group of Alabama hunters are celebrating the catch of a lifetime: A 15-foot-long alligator weighing more than 1,000 pounds.

Al.com reports the monster gator was pulled from the water in south Alabama early Saturday during the state's alligator hunting season.

Alabama Wildlife and Freshwater Fisheries biologists were able to measure the gator at 15 feet, but weighing it posed a challenge.

The first attempt completely destroyed a winch assembly used to hoist most average gators. So they had to use a backhoe to lift the animal. It weighed in at 1,011.5 pounds.

The gator is the largest ever legally killed by an Alabama hunter. It was caught by Mandy and John Stokes, Kevin Jenkins and his children, 16-year-old Savannah and 14-year-old Parker.