A race back to the moon: Why 2017 was a year of lunar milestones 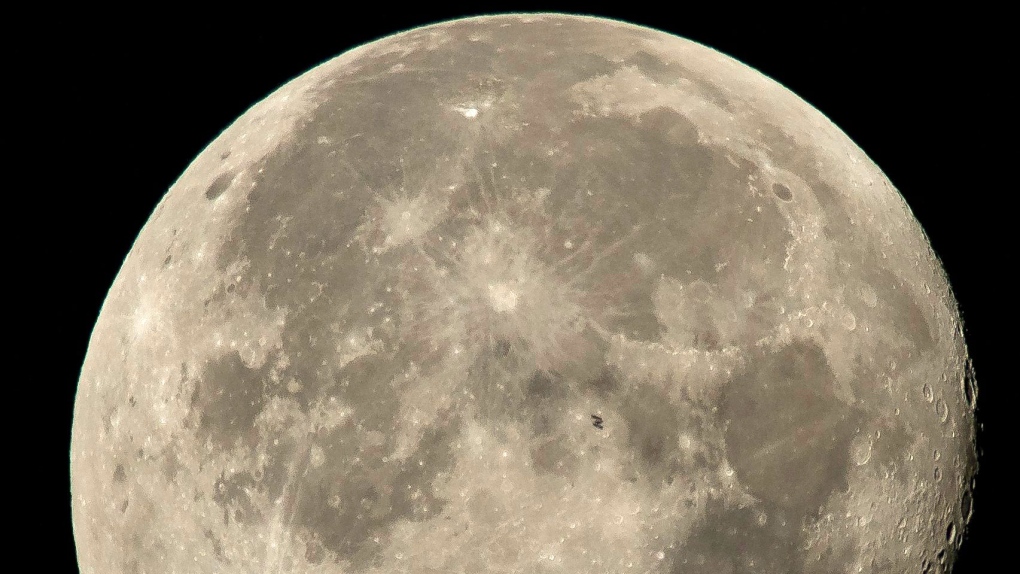 The International Space Station is seen in silhouette as it transits the moon at roughly five miles per second, Sunday, Aug. 2, 2015, in Woodford, Va. (/Bill Ingalls/NASA via A)

It’s far from the pace of a space race, but as more agencies gear up to visit the moon as a stepping stone to Mars, there’s a sense that “someone is readying for a sprint,” said a leading member of Canada’s space community.

“All international space agencies and the broader scientific community agree that Mars is the ultimate destination in 20 or 30 years,” said Gordon Osinski, who holds the National Science and Engineering Research council chair in Earth and space exploration at Western University in London, Ont.

“But the moon is closer and we need to relearn planetary exploration.”

The moon and its orbit are in the sights of the United States, China, Russia, Europe, Canada, Japan, India and a host of private space companies.

An entire generation of scientists, engineers and mission control technicians weren’t alive when the last person walked on the moon in 1972. They need real-space exploration experience.

“NASA hasn’t been talking about the lunar surface for years. It’s new and exciting, the prospect of landing on the moon,” Osinski, who was named to Canada’s revived Space Advisory Board this year, told CTVNews.ca.

Travelling to Mars, almost 55 million kilometres away, holds enormous technological challenges, some of which can be tackled by learning from the moon, which is less than 400,000 kilometres from Earth.

“It seems a more sensible approach to use the moon to come to grips with long-term space living,” said Dr. Rob Thacker, a professor of astrophysics at Saint Mary’s University in Halifax.

A way station to Mars

Among the biggest developments this year, said astronomy and astrophysics professor Jaymie Matthews at the University of British Columbia, was the agreement between NASA, the Russian space agency, and other members of the International Space Station to create a space port -- deep space gateway -- in the orbit around the moon.

The idea, said Matthews, is to train astronauts for interplanetary missions to Mars and Europa, a moon of Jupiter. The outpost, where spacecraft would be built and the long-term health effects of space on humans would be tested, is meant to be a successor to the International Space Station, intended to be retired in 2024.

“The moon offers a convenient source of gravity and a stable orbit to build and live and do docking manoeuvres and testing. It would be a way station or a home base to Mars,” said Matthews.

But in a development that surprised some insiders, the Trump administration announced in October that it had directed NASA to land humans on the moon.

The ultimate goal is to regain American supremacy in space, Vice President Mike Pence made clear in a speech. Matthews says it’s unclear how fully defined the Trump plan is or whether there is funding to make it happen.

“It may be a lot of noise and not much substance but it does mark a change in direction,” he said.

While much of the public imagination is centred on Mars, Matthews says the moon is still incredibly important, even 48 years after mankind first walked on its surface.

The European Space Agency is targetting a moon colony by 2050. Elon Musk’s Space X has promised it will carry two paying customers on a flyby of the moon next year.

And China, with three successful robotic lunar missions between 2007 and 2013 under its belt, revealed it would land humans on the moon by 2036. It also announced plans to land a probe on the far side of the moon perhaps as early as next year.

“It extends the exploration envelope,” he told CTVNews.ca. “We have explored a tiny fraction of the surface of the moon. It can tell us a lot about early life on Earth.”

While the rest of the world works in partnerships, China is a lone wolf in its space aspirations, says Matthews. But he believes the Chinese will be the next to walk on the moon: “They want to do it for pride and because the Americans have done it. They want to fly their flag on the moon.”

As for Canada, the Canadian Space Agency has announced it is working on robotic arms as its contribution to a deep space gateway. Osinski says Canada may also play a role in space medicine. CSA has also been in talks with the European Space Agency about a potential joint lunar project.

2017 was important for the domestic space sector, says Osinski. “Most would agree that we’ve been in doldrums for a decade… There is a level of optimism now we haven’t seen in decades.”