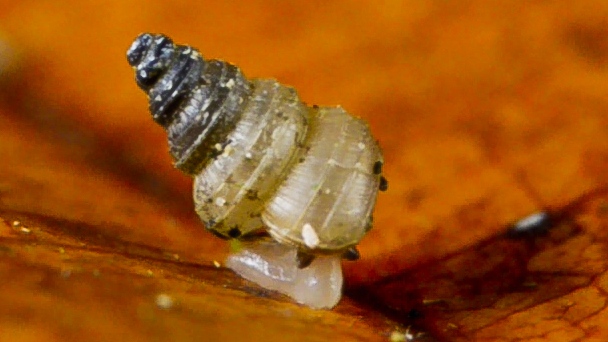 TORONTO -- A group of “citizen scientists” on an expedition in the rainforests of Borneo have discovered a new species of snail and named it after teenage climate activist Greta Thunberg.

The scientists, on a guided expedition with the scientific field trip company Taxon Expeditions, discovered the species at the “foot of a steep hill-slope, next to a river bank, foraging at night on the upper surfaces of green leaves of understorey plants” near the Kuala Belalong Field Studies Centre in Central Borneo, according to a recent publication on the discovery.

The group and staff at the national park where it was discovered decided to name the snail Craspedotropis gretathunbergae, after Thunberg, because snails are particularly susceptible to the effects of climate change, including drought, deforestation and temperature extremes.

"Naming this snail after Greta Thunberg is our way of acknowledging that her generation will be responsible for fixing problems that they did not create,” J.P. Lim, who first discovered the snail, said in a news release. “It's a promise that people from all generations will join her to help,”

The team has reached out to Thunberg, and say she told them that she’s “delighted” by the designation.

The snail is only about three millimetres tall, but has a large shell with more than five whirls on it.

The company makes a trip to the Ulu Temburong lowland rainforest annually and has discovered 25 new species thus far. In 2018, the company named a new species of beetle after Leonardo DiCaprio.