A giant asteroid is about to fly by Earth, here's how you can see it 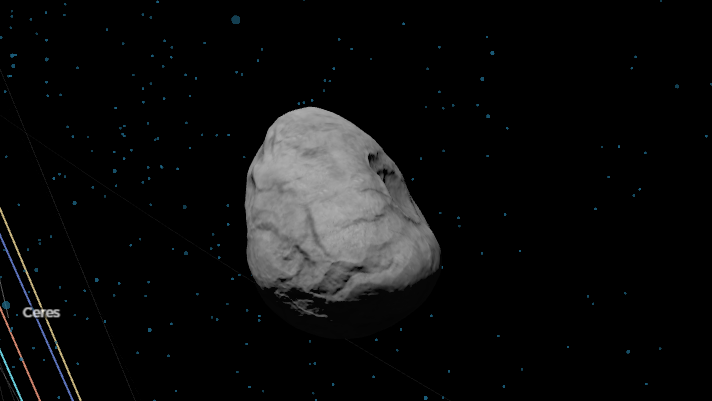 An asteroid known as 1994 PC 1 is set to fly by Tuesday 1.98 million kilometres from Earth, according to NASA Asteroid Watch.

The asteroid was first discovered in August, 1994 by astronomer Robert McNaught, and is about one kilometre wide.

This passing is the closest for the asteroid since January, 1933, and chances are if you are in a location without a lot of light pollution, you will be able to see it with a small telescope or even binoculars.

Due to the speed of the asteroid, Canadians and others in North America have the best chance to see 1994 PC1 at dusk.

If weather doesn’t permit your viewing, the Virtual Telescope Project has you covered with a live webcast following the asteroid.

NASA also allows users to track the asteroid in its 3D modelling of our solar system and asteroids online.

Near-Earth #asteroid 1994 PC1 (~1 km wide) is very well known and has been studied for decades by our #PlanetaryDefense experts. Rest assured, 1994 PC1 will safely fly past our planet 1.2 million miles away next Tues., Jan. 18.

An 18-year-old gunman opened fire Tuesday at a Texas elementary school, killing at least 18 children, officials said, and the gunman was dead. The death toll also included three adults, according to state Sen. Roland Gutierrez, who said he was briefed by state police on the fatalities.

An anguished and angry U.S. President Joe Biden called for new restrictions on firearms Tuesday night after a gunman massacred 18 children at a Texas elementary school.