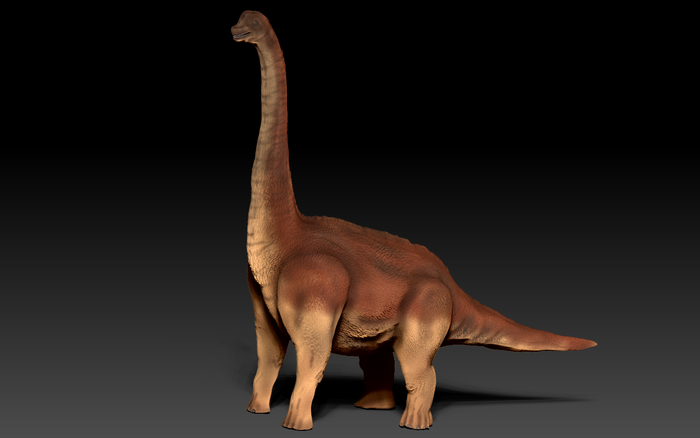 In all its ‘90s CGI glory, the first “Jurassic Park” movie depicted a field of roaming sauropods – those giraffe-looking dinosaurs – with the film’s iconic theme song ascending.

The cinematic moment captured the imagination of viewers, but new evidence suggests that Steven Spielberg’s dino-flick got one detail wrong – namely, the sauropods’ feet.

In a digital reconstruction study, led by scientists from University of Queensland and Monash University, 3D modelling was used to test the function of foot bones of different sauropods. Their research was fuelled by a simple question: How would the dinosaurs’ feet be capable of supporting their weight?

The findings suggest that the hind feet of the sauropod had a soft tissue pad beneath the heel, cushioning the foot to absorb their immense weight. This, researchers say, differs from conceptions that sauropods had feet similar to modern-day elephants.

“But when it comes to their skeletal structure, elephants are actually ‘tip-toed’ on all four feet, whereas sauropods have different foot configurations in their front and back feet,” Panagiotopoulou said. “Sauropod’s front feet are more columnar-like, while they present more ‘wedge high heels’ at the back supported by a large soft tissue pad.”

Dr. Andréas Jannel, one of the research conductors, said in the release that the anatomy of sauropods is now understood differently.

“We’ve finally confirmed a long-suspected idea and we provide, for the first time, biomechanical evidence that a soft tissue pad – particularly in their back feet – would have played a crucial role in reducing locomotor pressures and bone stresses,” Jannel said.

“It is mind-blowing to imagine that these giant creatures could have been able to support their own weight on land.”

According to Britannica, sauropods, which walked the earth more than 100 million years ago, are “marked by large size, a long neck and tail, a four-legged stance, and a herbivorous diet.”

These reptiles were the largest of all dinosaurs and the largest land animals that ever lived.

The creatures were first thought to have been semi-aquatic with water buoyancy supporting their massive weight, but this theory was ultimately disproved by the discovery of sauropod tracks in terrestrial deposits in the mid-twentieth century.

Researchers now plan to use the 3D modelling methods to make further discoveries about anatomical structures of extinct organisms.

“I’m keen to apply a similar method to an entire limb and to include additional soft tissue such as muscles, which are rarely preserved in fossils,” Jannel said.

“We’re also excited to study the limbs and feet of other prehistoric animals.”