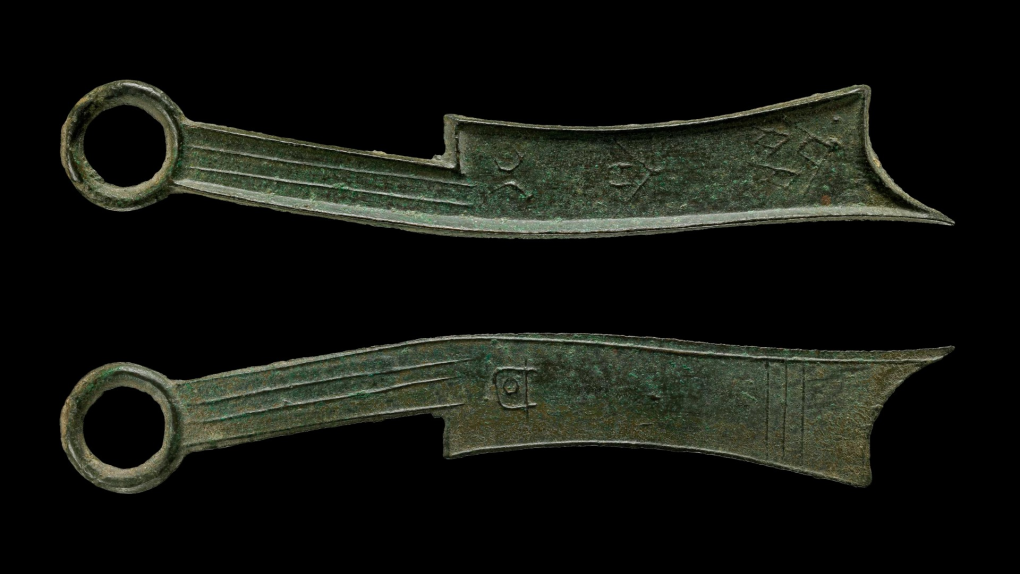 Knife coins used in ancient China that were analyzed in the study. (The Trustees of the British Museum/CC BY-NC-SA 4.0)

The ingredients in a 2,300-year-old ancient Chinese chemistry formula have finally been identified, revealing new secrets about metallurgy in ancient China.

For the past century, researchers have been unable to identify two of the key ingredients known as "Jin" and "Xi."

But now, researchers from the British Museum and the University of Oxford say the two mystery elements were most likely pre-mixed alloys. A paper outlining their findings is set to come out in October in the journal Antiquity.

“These recipes were used in the largest bronze industry in Eurasia during this period,” said Ruiliang Liu from the British Museum in a news release. “Attempts to reconstruct these processes have been made for more than a hundred years, but have failed.”

Previous studies have suggested that the two ingredients may have been copper and tin, but researchers say using copper and tin produced a metal that didn't match Chinese artifacts from the time.

Analyzing ancient Chinese coins, researchers concluded that this ancient metalworking process must have involved alloys rather than pure metals. The most likely combination was a copper-tin-lead alloy mixed with another copper-lead alloy.

“It indicates an additional step – the production of pre-prepared alloys - in the manufacturing process of copper-alloy objects in early China,” said Liu.

Liu says this discovery adds an "additional but previously unknown layer in the web of metal production and supply in China."

The researchers say their discovery allows a better understanding of ancient metalworking practices in China and offers an example of how science can help solve historical and linguistic mysteries.

After a night of delays, vote counts came hard and fast, resulting in Danielle Smith being named the UCP leader and Alberta's new premier.