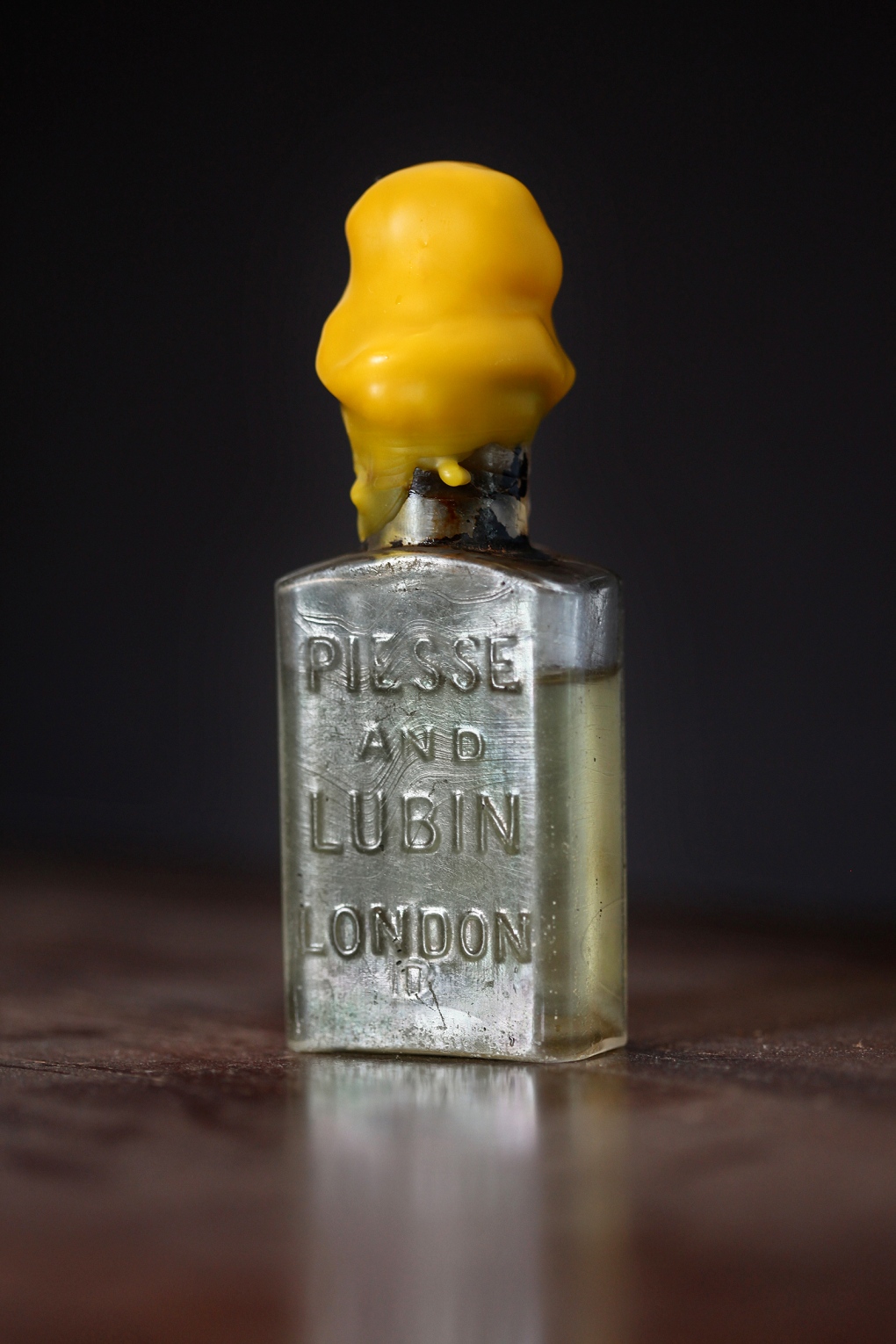 A bottle of perfume found after 150 years on the sunken Mary Celestia off the coast of Bermuda. (The Bermuda Perfumery)

Perfume found in a smuggling ship that sank off the coast of Bermuda 150 years ago, has been analyzed and recreated in a new fragrance now for sale.

"This perfume waited 150 years to be worn. And now, finally, it can be," Isabelle Ramsay-Brackstone of The Bermuda Perfumery said at the Tuesday night launch event in New York City, attended by actress Catherine Zeta-Jones, who has a residence on the island.

The perfume, originally created in the 1800s, was being shipped on the iron-hulled steamship Mary Celestia, which was used during the American Civil War to get around the naval blockade imposed by then-U.S. President Abraham Lincoln.

The sleek and fast-for-its-time steamship would travel between Bermuda and North Carolina carrying fancy clothes, shoes, perfumes and wines, meaning the perfume was likely bound for a wealthy woman in the American South. She never got it, however, as the ship hit a reef and sank while departing Bermuda on Sept. 6, 1864.

For decades, the ship was one of the top diving attractions in Bermuda. Then, at the turn of this century, hurricanes stirred the waters and shifted the wreck. By 2011, marine archeologists found a perfume bottle that was previously hidden in its bow.

Archeologist James Delgado was one of the first to find the bottle while on a dive. He described what he saw to the publication Archeology.

"A small box, its lid gone, lay on its side on the deck inside the bow," Delgado wrote. "Close to it, a small bottle emerged. It was sealed with a glass stopper and filled with a clear liquid."

Markings on the intact bottle indicate the perfume is from the now-defunct Piesse and Lubin perfume house in London. Perfumer G.W. Septimus Piesse wrote "The Art of Perfumery," the first book on modern fragrance-making in 1857.

"When we got the bottle (from Delgado and fellow diver and anthropologist Philippe Rouja) I wanted to open it in an environment that would allow us to find out exactly what the fragrance is," Ramsay-Brackstone told CTVNews.ca on Wednesday. So she took it to drom perfumer Jean-Claude Delville at a lab in New Jersey.

"In perfumery, opportunities like this don't come along too often," said Delville in a statement. He conducted scientific analysis of the original perfume to recreate the new fragrance.

"It was kind of a surprise," Delville told CTVNews.ca about when he first opened the bottle. "When the fragrance has been sitting at the bottom of the ocean and aging for so many years you expect something that is oxidized or damaged. But my first impression was 'wow'."

Delville said the bottle was hand delivered and it took him a few hours just to take off the cap. Once the cap was off he was shocked by the fresh floral smell and the amount of citrus. He then took a small sample and put it into a chromatograph machine, which detected the exact chemical balance of the scent. From there, he rebuilt the scent.

The new perfume contains scents of grapefruit, citrus, and rosewood. There are also soft notes of rose and orange flower.

Delville said new one is more than an 80 per cent match to the original fragrance. The reason is distillation has much improved and some of the materials in the original were of animal origin, such as whale oil, which can't be used in modern-day fragrances.

Delville said it was able to keep for 150 years because it was in the perfect conditions – away from light and in a cool place.

"What we managed to do is capture in a bottle an emotion and a story that had disappeared," he said.

Only 1,864 bottles of the perfume will be sold to commemorate the year the ship sank. It will retail for $225 and some of the proceeds will go toward preserving Bermuda's shipwreck heritage. It will be available for purchase online at LiliBermuda.com and also at the boutiques on Oct. 1 but the pre-order process is already underway.

The original bottle, which is "on loan" to the Bermuda Perfurmery for research purposes, is considered the property of the people of Bermuda.