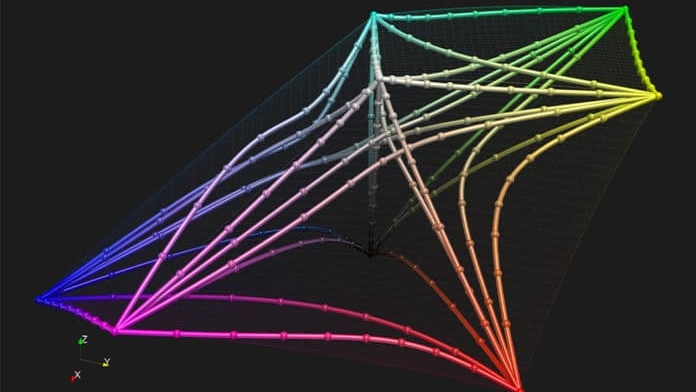 The 3D mathematical model created by Nobel Prize-winning physicist Erwin Schrödinger, along with other researchers, and used for more than 100 years to describe how our eyes distinguish colours, has been found to have an important math error.

The finding was published in the journal The Proceedings of the National Academy of Sciences on April 29, following a study conducted at the U.S.-based Los Alamos National Laboratory that looked into the mathematics of colour perception.

“Our original idea was to develop algorithms to automatically improve colour maps for data visualization, to make them easier to understand and interpret,” Roxana Bujack, the paper’s lead author, said in a release.

But, the team ended up being the first to discover that the current mathematical model used for colour perception is incorrect.

“That model was suggested by Bernhard Riemann and developed by Hermann von Helmholtz and Erwin Schrödinger—all giants in mathematics and physics—and proving one of them wrong is pretty much the dream of a scientist,” Bujack said.

The researchers found that the universally-accepted hypothesis of perceived colour used Riemannian geometry, which “overestimates the perception of large colour differences,” and that using it leads to the distance between widely separated colours not adding up correctly.

This is because people perceive large colour differences as smaller than the total difference obtained by adding up little colour differences between two hues separate from one another, the study’s researchers said, concluding that “Riemannian geometry cannot account for this effect.”

“We didn’t expect this, and we don’t know the exact geometry of this new colour space yet,” Bujack said.

“We might be able to think of it normally but with an added dampening or weighing function that pulls long distances in, making them shorter. But we can’t prove it yet.”

The study’s findings will likely have implications for colour measurements now employed in paint and textile manufacturing, colour mapping, television, and image analysis, its researchers say.

The Toronto Blue Jays have the largest increase in average attendance at Major League Baseball games this year, when compared to pre-pandemic numbers, a statistic fans hope will help the team's playoff push on Friday when they take on the Seattle Mariners in a wildcard series.

McGill University says it is investigating one of its instructors who allegedly called for the death of people participating in anti-government protests in the streets of Iran in recent weeks.