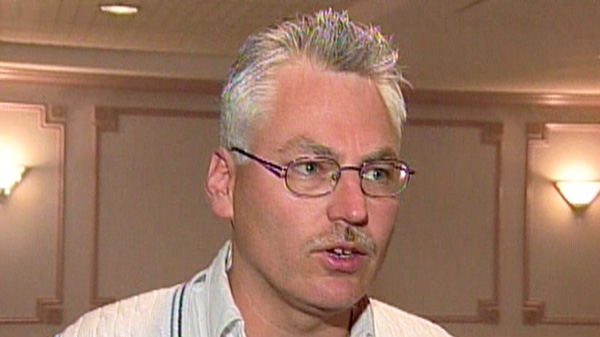 Bill Whatcott is seen in this undated image taken from video.

OTTAWA - The Supreme Court of Canada will hear a case today that challenges the constitutionality of the Saskatchewan Human Rights Code.

The case involves Bill Whatcott, who was found by a lower court to have violated the code by delivering hate-filled messages against gay people in flyers he distributed.

However, that finding that was reversed by the Saskatchewan Court of Appeal in 2010.

Whatcott is questioning part of the code that allows the commission to charge people with hate speech.

His lawyer has said human rights commissions have an obligation to protect freedom of religion.

Whatcott was found to have violated the code when he put pamphlets in mailboxes objecting to the teaching of same-sex relations in Saskatoon public schools.