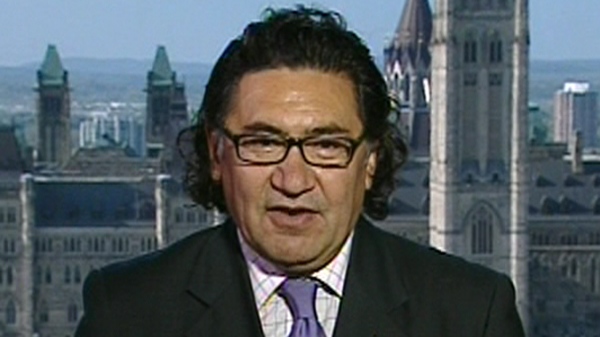 Romeo Saganash, MP for Abitibi James Bay Nunavut, is running for the leadership of the NDP (Sept. 29, 2011)

OTTAWA - Romeo Saganash has thrown his support behind Montreal MP Thomas Mulcair for the leadership of the federal NDP.

Saganash had been a contender for the party's top job himself, but dropped out early last month, citing illness in his family and a lack of support.

The northern Quebec MP and Cree leader is the second former candidate to endorse Mulcair.

Robert Chisholm, a former Nova Scotia NDP leader, dropped out before Christmas due to his inability to speak French; he endorsed Mulcair last week.

Mulcair is the presumed front-runner in the contest, which culminates at a March 24 convention in Toronto.

"Tom has shown throughout this race that he has the ability to bring progressive Canadians of all stripes together, united under the NDP banner," Saganash said in a written statement.

"We can create the better country that we all seek and I have great confidence that Tom will lead us to victory in 2015."

A number of Saganash's top supporters, including his former campaign manager, have endorsed Dewar.