Rogers pledges to defend itself against CRTC claims 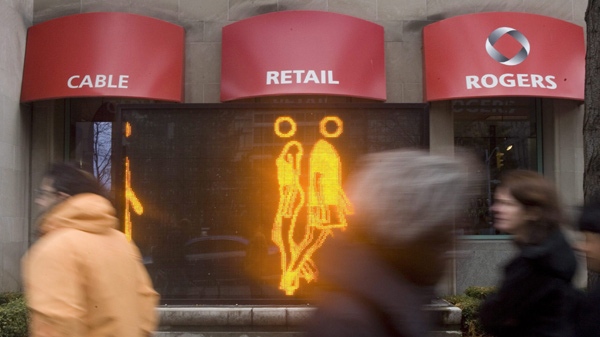 A general view of the Head Offices of Rogers Communications in Toronto on Thursday November 26, 2009. (Chris Young / THE CANADIAN PRESS)

MONTREAL - Rogers Communications says it will vigorously defend itself in court against claims by the federal Competition Bureau over its discount wireless brand.

The Bureau is accusing Rogers of using misleading advertising to promote its talk-and-text service Chatr.

It says there's no evidence to support the claim that Chatr's mobile phone customers experience fewer dropped calls than they would at rival carriers.

The Competition Bureau is asking the courts to order Rogers to immediately stop the advertising campaign and to pay a 10-million dollar penalty.

Rogers says it has independent third party testing to validate its claims.

The move against Rogers follows a complaint by new wireless carrier Wind Mobile.

The cellphone market is fiercely competitive -- especially in the talk-and-text segment.