Researchers get to the bottom of melting Arctic sea ice 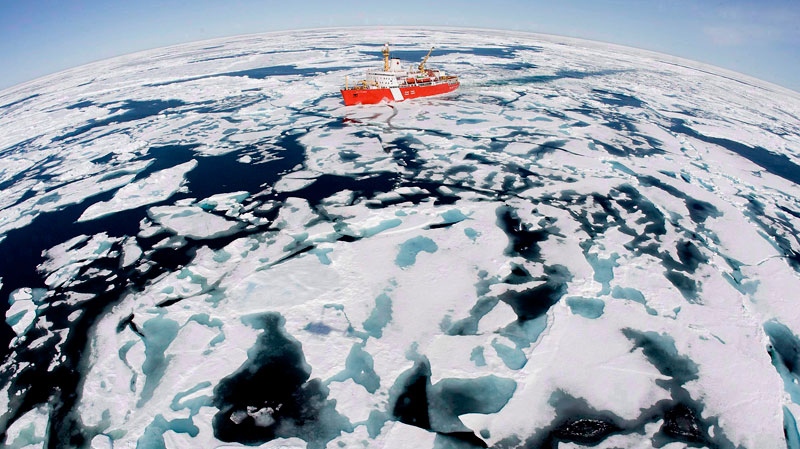 Arctic explorers may have figured out why sea ice in the North is melting so much faster than anyone thought it would.

Scientists have long puzzled over why Arctic sea ice is retreating at up to three times the rate that climate models say it should.

In an effort to answer that question, a group of U.K-based explorers walked more than 500 kilometres of sea ice in the High Arctic taking temperature readings of the ocean below them.

They found a layer of cold, salty water about 200 metres down that they suspect has come from the melting of first-year ice.

That meltwater has forced the relatively warmer water to the surface, where it's speeding up the decay of more ice.

Members of the Catlin Arctic Survey say their theory is still preliminary, but that they are comparing their data with other expeditions and preparing a paper on their results.