Rebuilding Slave Lake, one book at a time 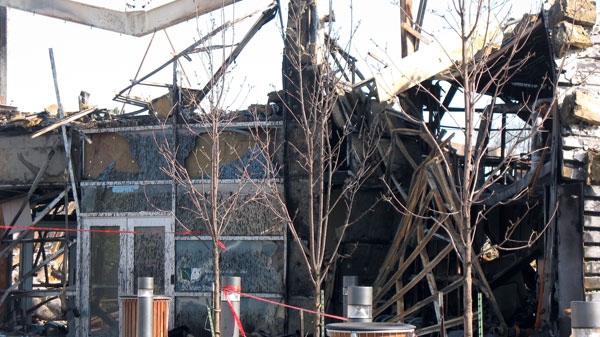 A young boy in Calgary asks kids at his birthday party to give donations in lieu of gifts. An elementary school in Drayton Valley, Alta. collects over 4,800 pennies as part of their contribution. And Canadian authors, including Margaret Atwood, send signed copies of their books.

These are just some of the gifts Canadians from across the country have been sending the Slave Lake Library since the end of May after devastating wildfires burnt through the town, consuming more than 370 homes and leaving nothing but razed rubble in its wake.

"We are very gratified with the response from across Canada," Linda Duplessis, the director of Peace Library System, told CTVNews.ca.

She said the library, which was destroyed in the fire, has been on the receiving end of hundreds of boxes of books -- some new, some old -- as it slowly restores its collection. So far, the town's regional library system has received more than 33,000 books, DVD and CDs,

"It's been somewhat overwhelming but it's been very gratifying to see this kind of generosity and I know the Slave Lake Library is extremely appreciative for these contributions," Duplessis said.

Most of these items will be catalogued and become a part of the library's new collection, Marilyn Cavanagh, the chair of Slave Lake Regional Library Board told CTVNews.ca. She said the public can expect to begin borrowing again when the town's temporary library opens from across the road of the original structure in Lakeland Centre on Oct. 1

Cavanagh, one of 7,000 residents forced to unexpectedly evacuate the town on May 15 when wind-swept wildfires suddenly changed directions, said her home was spared from the fire.

Cavanagh said she is grateful, but that seeing the town after the evacuation order was lifted on May 27 left her crestfallen.

Cavanagh said the new library will be built where the original library once stood before it was consumed by the wildfires. Currently, only a shadow of the building stands.

"We knew (the library) was gone. But still when you saw that the building wasn't there, I felt a huge amount of sorrow. The loss of the library was personal to me," Cavanagh said.

"Libraries are one of the cornerstones of any community where people of all ages can go to learn, to dream and to be entertained.

"From a personal perspective, my family used the library for all those reasons."

Cavanagh was not alone in her sentiments. Her reaction was echoed by other locals and Canadians across the country.

From the Writers Union of Canada who sent signed copies of books, to countless of Canadians that sent personal notes along with their donations, Cavanagh said she was touched by the "heart-warming responses."

She said notes made her realize the overwhelming level of generosity in Canada. One of the notes read "We are deeply saddened … and hope the enclosed children's books will bring enjoyment to young readers," and another read "The people of Slave Lake have always been kind and caring to the visitors who stop in the town. Now it is our turn to show them we care,"

"To know that people from all across Canada have so much care and concern for what' happened here to people in Slave Lake, it's pretty amazing."

Cavanaugh was especially happy to see six copies of Margaret Atwood's books, signed by the author herself.

"She's one of my favourite writers," she said.

Other authors that sent books include Gail Bowen, Alison Clarke and Rachel Wyatt.

The library has also received over $30,000 in cash donations to date.

Donations can be made at www.slavelakelibrary.ab.ca