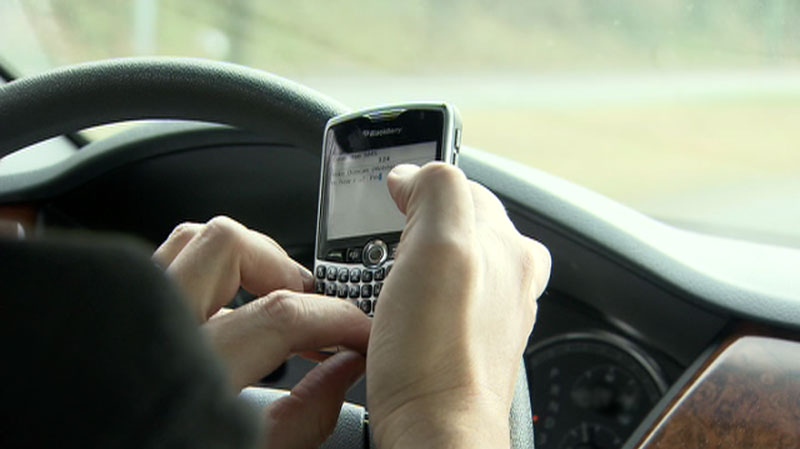 A driver is seen using a cell phone while driving, an illegal offense in most provinces.

MONTREAL - Quebec's auto insurance board, which is well-known for its shocking ad campaigns, is targeting texting while driving in a new series of advertisements.

Two new ads were shown to media Monday by Transport Minister Sam Hamad and they will start being broadcast on May 1.

The ads show people being distracted while driving as they text others using their mobile phones.

The advertisements end with the distracted driver being involved in a collision.

Quebec has some of the toughest road safety ad campaigns in Canada and mirror the grittiness of campaigns in Europe.

Young people are being targeted by the new Quebec ads, which will be shown on Internet sites such as YouTube in addition to conventional media.

Police have issued 93,845 tickets since use of a hand-held cellphone while driving was banned in Quebec on July 1, 2008.

Police say texting while driving was also a factor in a number of accidents.