Awaiting Russian President Vladimir Putin’s next move in the Ukrainian crisis, one Canadian expert says the leader’s motivation is simple – he does not want Ukraine to become a member of NATO or the European Union.

Jeff Sahadeo, an associate professor at Carleton University who studies relations in Eastern Europe and Asia, said losing influence in the former Soviet state would be a “real embarrassment” for Putin.

“His end game is to make sure that Ukraine doesn’t become a part of NATO and that’s really the red line that he’s thought about and that’s why he sent these troops,” Sahadeo told CTV’s Canada AM Wednesday.

Ukraine’s efforts to join NATO were shelved after the 2010 election of Viktor Yanukovych. The now-ousted president also backed away from a trade agreement with the EU, which ignited the protests in Ukraine.

Putin is trying to retain influence in Ukraine, after losing it elsewhere following the collapse of the Soviet Union, Sahadeo said.

“To lose Ukraine, which is sort of the heart of the Slavic lands, would be a real embarrassment for him,” he said.

Putin also knows that an unstable Ukraine is a problem for Russia and the entire region, and he seems to be “frustrated” by western countries’ involvement in the situation, Sahadeo said.

On Tuesday, Prime Minister Stephen Harper toughened his stance on Russia by announcing that all planned bilateral military activities with the country have been suspended. He also reiterated that all G8 member countries have suspended preparations for the next meeting in Sochi, which was scheduled to take place in June.

The U.S. government has also been putting pressure on Putin to back away from Ukraine as Secretary of State John Kerry visited Kyiv with an offer of $1 billion in loans.

Despite the threat of sanctions against Russia, Sahadeo said North American embargos would have “very little effect.”

EU sanctions would be a bigger problem for Russia’s economy and trade relationships, but European leaders don’t seem interested in making such a move, he said.

Although Putin seemed to take a step back this week, when he said in a speech that he would only use force in Ukraine as a last resort, the acting Ukrainian government is still calling the growing presence of Russian troops in the southern peninsula of Crimea a military invasion.

Sahadeo said Putin may have realized it’s better to try to work with the West on a solution to the Ukrainian crisis, but “he has a strong nationalist support base and he needs to satisfy them domestically.

“If Yanukovych could be overthrown, maybe Putin is next and that’s a real worry,” Sahadeo said. 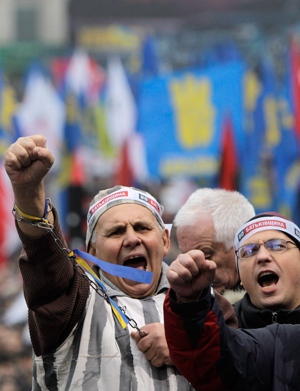 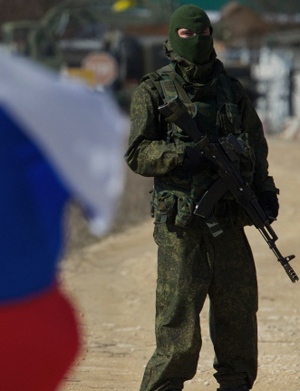