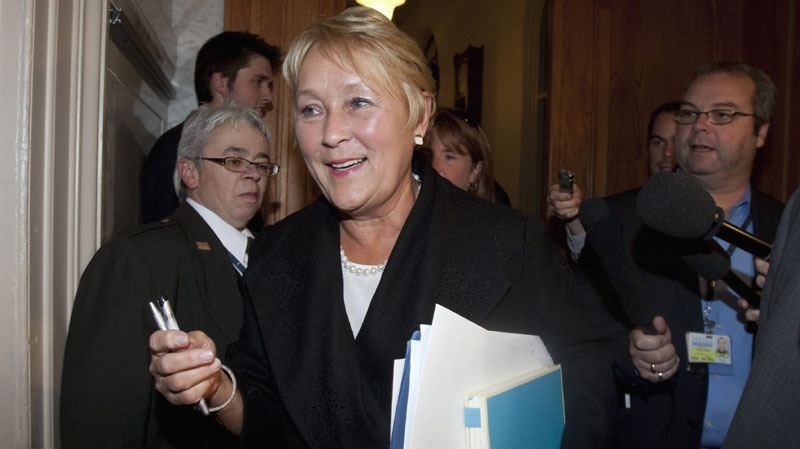 QUEBEC - The embattled leader of the Parti Quebecois has attempted to impose a little caucus discipline by temporarily banishing one of her members from PQ meetings.

Guy Leclair faces drinking and driving-related charges. He's also accused by the party of complaining, under cloak of anonymity, to a newspaper about Pauline Marois' leadership.

A spokesman for Marois says that, for both those reasons, the southwestern Quebec MNA will be banned from caucus meetings until the new year.

But Leclair vehemently denies making anonymous complaints about Marois and rejects the party's accusation against him. He also insists that, while she's expressing surprise now, Marois has known about his legal predicament for weeks.

"I consider my frankness to be my principal quality. When I have something to say, I do it openly and will continue to do so," Leclair said in a statement.

"I would therefore not need an intermediary or use any kind of subterfuge to make my feelings known... I therefore categorically refuse to carry the blame for any leaks. I have absolutely nothing to do with it."

There has been grumbling in the PQ about Marois' leadership, with the party slumping in the polls. Some members have quit in recent months.

But this is the first public evidence of Marois attempting to crack the whip on a party member.

While he rejects the logic behind Marois' decision, Leclair says he'll accept the punishment because he's "a good soldier" for the party.