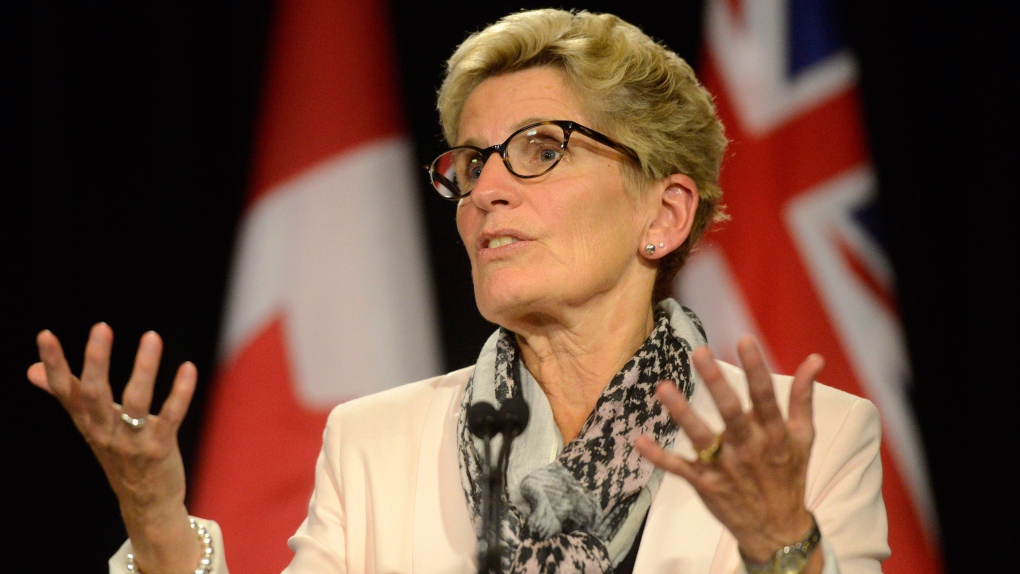 TORONTO -- Ontario Premier Kathleen Wynne scrambled Wednesday to explain why reporters were shut out of all the events she had scheduled with a Chinese Communist Party official.

When first asked Tuesday night why she agreed to exclude the media from her meetings and events with Luo Zhijun -- party secretary of Jiangsu province -- she said it was because the Communist Party had asked.

However, by Wednesday morning Wynne said it was all a mistake and she had thought the media would be allowed in for a quick photo op of her meeting with Luo, and her schedule was amended late Tuesday night to add a media availability.

"I had assumed that, as with visits from dignitaries from all over the world, that the media would have an opportunity to come in at the beginning," she said. "So it was a mistake that that wasn't communicated to you."

But less than 24 hours earlier, Wynne fumbled as she tried to try and explain why the media were originally excluded from all her events with Luo.

"These are people from Jiangsu province who are coming to meet with us, and they have a series of requests that they've put in," Wynne said Tuesday evening.

The opposition parties said the premier should never have agreed to ban the media from all of her events with the Chinese delegation.

"I was a little suspicious, and I don't understand why the media couldn't be invited," said Progressive Conservative MPP Steve Clark. "I think it's only appropriate."

Wynne is all talk when it comes to transparency and it's unusual to shut out the media from all events with a foreign visitor, said NDP Leader Andrea Horwath.

"When visiting delegations come, locking up these meetings and not allowing anybody in is not the way we do things in Ontario," said Horwath. "She's out of touch and she's becoming very arrogant."

Cameras and reporters were allowed in for a few minutes Wednesday to take pictures of Wynne, Luo and their delegations, but were not allowed to ask any questions.

Reporters were still not welcome when Wynne spoke alongside Luo at the Industrial Co-operation Forum in Toronto, and were told they could not attend a 30th anniversary celebration for the Ontario-Jiangsu Friendship Agreement happening Wednesday night at the Royal Ontario Museum.

In the text of the speech, which was given to the media, Wynne said Ontario and Jiangsu were signing "an important series of research and development memorandums of understanding" to promote innovation and co-operation in science and technology.

"One of the areas with the most promise is the fast-emerging field of nanotechnology," said Wynne. "We have agreed to support the establishment of an Ontario-Jioangsu Nanotechnoology Innovation Centre...in Suzhou."

The deal commits Ontario to providing financial support for the centre that will be based in China, but no figures were made public.

"My hope is that we will be able to work together to spur innovation, to develop technology and share knowledge," Wynne said.

Another memorandums of understanding signed Wednesday included a cultural exchange between Nanjing Museum and the ROM.