Would Blanchet go to Alberta to talk oil? 'With pleasure' 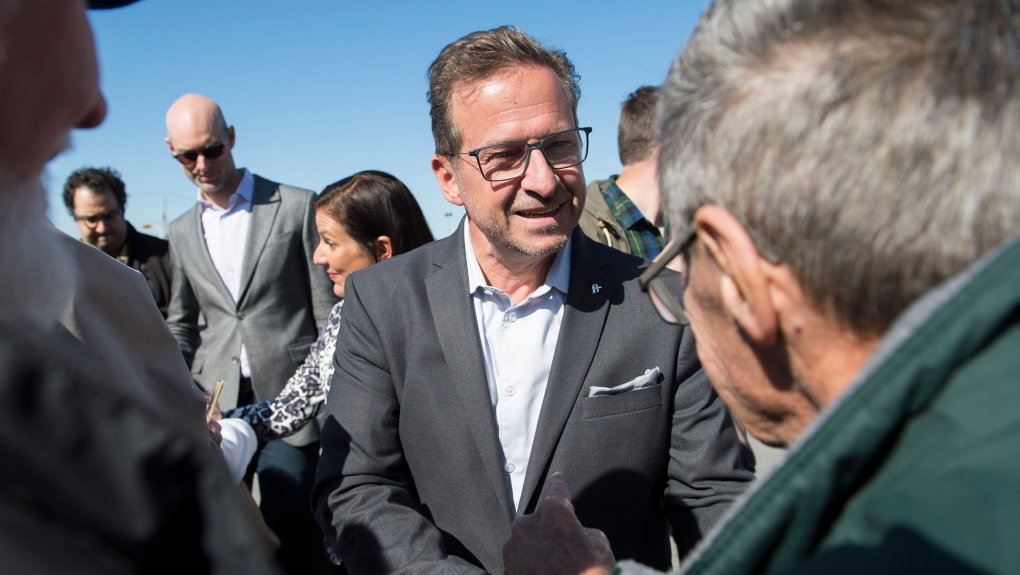 Bloc Quebecois Leader Yves-François Blanchet says he would visit Alberta "with pleasure" to discuss issues like oil and Bill 21.

"Maybe I should have some close security friends for the coming days if I go there," joked Blanchet in the interview with CTV Power Play, which aired Thursday.

"Seriously, I would go to Alberta with pleasure to discuss with anybody that seriously wants to understand better what we are, what we want about oil, or Bill 21, or all those issues about which it seems that some people in Canada don’t understand us very well."

Blanchet's comment comes one day after he drew the ire of both Alberta Premier Jason Kenney and Conservative Leader Andrew Scheer for his comments about Canada's oil and gas sector.

On his way out of his Wednesday meeting with Prime Minister Justin Trudeau, Blanchet said he wouldn’t support any sort of western separatism focused on attempts "to create an oil state," but would back the idea of "a green state."

The Bloc Quebecois leader also fired back at suggestions that Quebec relies too heavily on equalization payments from other provinces.

It wasn't long before both Kenney and Scheer shot back at Blanchet's anti-oil comments. Kenney told Blanchet he cannot have his "cake and eat it too," referring to the current equalization formula. Scheer then called the comments "insulting" and "completely disingenuous."

In his interview with Martin, however, Blanchet said the issue comes down to a lack of understanding – one he'd happily travel to Alberta to clear up.

"Since they don't understand us very well, they might react more emotively, with more emotions, of what we say or what we promote," said Blanchet.

An Alberta visit wasn't the only trip Blanchet toyed with taking. He also floated the idea of travelling to other parts of Canada to build friendships with the potential provincial trade partners of a theoretical sovereign Quebec state.

"If Quebec was to become a different country, we would still do business with Ontario and New Brunswick and Alberta and the United States," said Blanchet.

"So we would still be partners, and with better chances to be friends with those people. So, why not go there, discuss, try to know each other better. We might not agree on many things, but we might understand each other better."

Blanchet seemed optimistic about his ability to forge a relationship with the rest of Canada, even the parts of Canada that he sparred with this week.

"When we do politics positively, with propositions and a quiet tone and being open minded about others' ideas instead of trading insults, we achieve better results because people might relate to us more closely," he said.