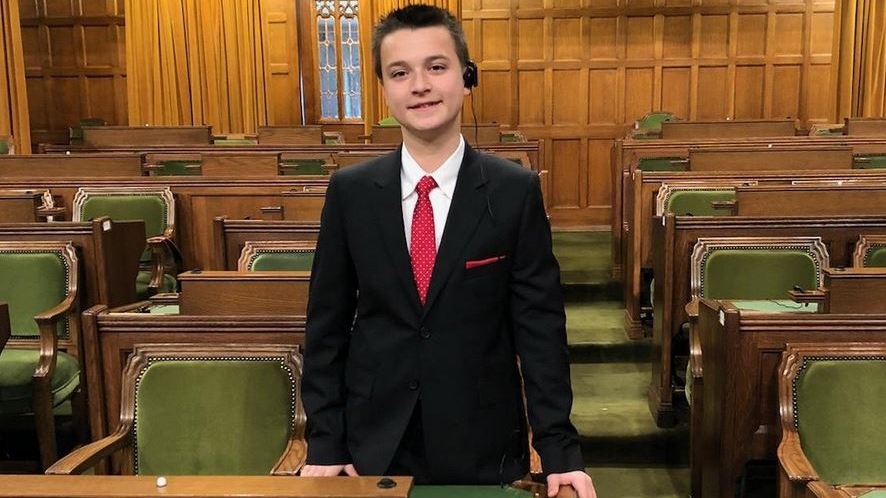 Some teenagers wish to meet their favourite celebrities. Others want to see the world.

Aiden Anderson wanted to learn what life is like for Canada’s prime minister – and this week, he’s getting a chance to do just that.

Born with a rare heart defect, Anderson had a once-in-a-lifetime Ottawa trip arranged for him by Make-A-Wish Canada.

An RCMP protection detail met Anderson, 15, when he arrived at the airport Monday. He was whisked to the Chateau Laurier hotel, where he was given a welcome befitting a prime minister. Tuesday brought visits to the Rideau Hall, RCMP operations and Prime Minister Justin Trudeau’s aircraft.

A number of surprises were arranged for Anderson, including a meeting with former prime minister Paul Martin and a horse-drawn carriage ride through the streets of Ottawa.

Speaking to CTV Ottawa Wednesday morning, Anderson said his experience in the city had been “amazing,” giving him a unique perspective on one of his passions.

“I’ve always been fascinated with politics and I’ve always loved our nation’s capital,” he said.

The London, Ont., teen spent the rest of the day on Parliament Hill, where he toured the facilities, held a press conference and was expected to have dinner with Trudeau.

Speaking to a large crowd of reporters and photographers, he said he had “nothing political” to discuss with the prime minister but did intend to ask him how Canada could help people in developing countries.

His visit came during the final week before Parliament’s Centre Block closes for renovations which are estimated to require 10 years to complete. He said he was looking forward to returning to Ottawa to see its new look.

“My favourite spot so far has been the House of Commons – just being in the same place that our founders were in, discussing how Canada was going to be a country,” he said.

Anderson’s trip was scheduled to conclude Thursday with him shadowing the commander of the Canadian Army and being named an honorary lieutenant-colonel for the day.

Prime Minister Aiden had an early start today on @CTVOttMornLive. He participated in the Make-A-Wish 24 Days of Wishes campaign and announced Katrina's wish. He told @HenryBurris what his PM wish experience has been like and what's still to come! #PMAidenWish pic.twitter.com/v7WPmjgQ8U