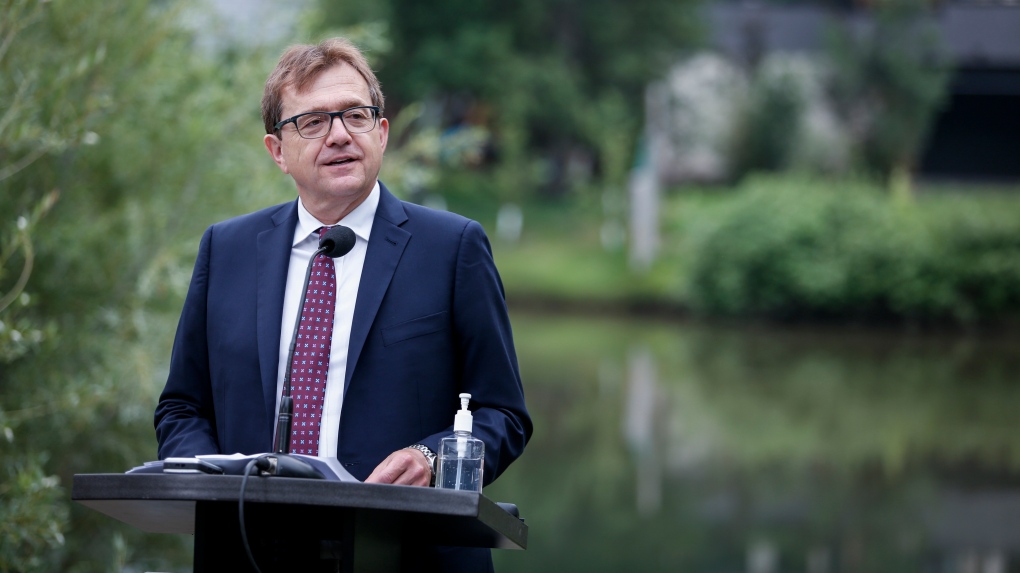 OTTAWA -- Natural Resources Minister Jonathan Wilkinson said Friday a pandemic aid program to help oil and gas companies cut their methane emissions will be revisited now that the industry is back on its feet.

The Onshore Emissions Reduction Fund is under an unflattering spotlight this week after an audit found it to be poorly designed and not good value for money.

With only about one-fifth of the program's $675-million total already awarded, and the third round of applications not closing until January, DeMarco said there is still time to fix the multiple ways this program is failing.

In Ottawa Friday Wilkinson said the program was conceived 20 months ago to help oil and gas companies stay afloat at a time when oil prices had tanked.

“What I would say, and I agree with the commissioner on this is, we're not in the same situation now,” Wilkinson said.

“The economic crisis for the oil sector has passed and now it's time to actually look at whether this program should continue in its current form.”

In the first weeks of the pandemic, oil prices in Canada took a double whammy hit of plummeting demand as the world came to a stand still, and a production war between Russia and Saudi Arabia that caused a glut in oil supplies.

At certain points the benchmark price for Alberta oil was less than zero. But prices have rebounded, now sitting somewhere north of US$50 a barrel.

Julia Levin, a senior program manager for climate and energy at Environmental Defence, said the crisis period for the industry was very short-lived, and the projects to cut methane are required work under new federal methane regulations that are in the midst of being implemented.

“There is no evidence that public dollars were needed to help these so-called struggling companies take on spending that they should be doing on their own,” she said.

Wilkinson however said that 4.6 million tonnes of emissions were already avoided strictly as a result of the program. Therefore he said it does not qualify as the kind of fossil fuel subsidy the government has promised to eliminate by the end of 2023.

However DeMarco's audit found 27 of the first 40 projects funded also included in the application a claim that the companies would be increasing their production as a result of the program, largely because the technology it was funding to cut emissions meant they could produce more oil and gas and still meet the new methane regulations.

Wilkinson said the government only sees as problematic financial aid to fossil fuel companies that incentivizes “the exploration and the production of fossil fuels.”

“Let me be clear, though,” he added. “What (fossil fuel subsidy) does not mean is investments that the government may make alongside energy sector partners to reduce emissions. So things like carbon cap and sequestration are not inefficient fossil fuel subsidies.”

This report by The Canadian Press was first published Nov. 26, 2021.