Want to be a senator? You've got four weeks to apply 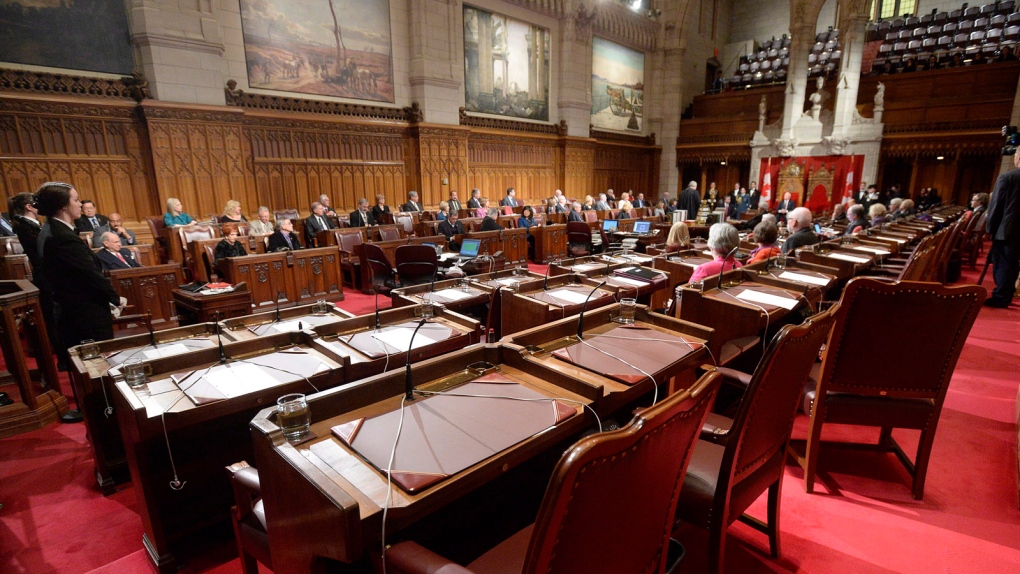 The federal government is now accepting applications from Canadians who want to be senators.

OTTAWA - Canadians in seven provinces have four weeks to apply online to be a senator, the federal government announced Thursday.

Democratic Institutions Minister Maryam Monsef has opened the process for choosing Canada's next 20 senators, naming eight more Canadians to an advisory board that makes non-binding recommendations to Prime Minister Justin Trudeau, and posting online the application process for those who want to self-nominate.

The vacancies are in:

The advisory board also welcomed eight new members to help judge which names should make it to the top of the list, including chef and entrepreneur Vikram Vij.

The nine-page application form immediately has candidates establish they meet the constitutional criteria: only Canadian citizens between the ages of 30 and 75 who hold $4,000 in property in the province they want to represent are eligible for appointment. Applicants are also required to have lived for at least two years in that province.

An exception may be made if the application was temporarily absent for education or employment reasons, it notes.

The Senate went through more than three years of turmoil and questions about residency requirements and expenses following news reports that two hadn't lived for decades in the provinces they represented. Another two came under fire for claiming expenses for Ottawa-area homes when they spent the majority of their time in the capital. Both the Senate and House of Commons provide an allowance for those whose primary residence is more than 100 kilometres outside of the Ottawa-Gatineau area. Sen. Mike Duffy was the first to go to trial and was found not guilty of all 31 charges brought against him. Charges were then dropped against Sen. Mac Harb. Sen. Pamela Wallin was under investigation but never charged, and the RCMP confirmed following Duffy's trial that they ended the probe.

Documents made public over the course of the investigation show Duffy was concerned he wouldn't meet the qualifications as a senator from Prince Edward Island if he didn't present his Ottawa-area home as his secondary residence. Shortly after he was appointed, he sought a PEI licence and health card.

The Senate application form says appointees will be required to provide supporting documentation to province that they meet the constitutional requirements, including a passport, driver's licence and deed or land registry abstracts.

For those who meet the minimum requirements set out in the Constitution, there are further knowledge and personal qualities components to the application. Candidates "must demonstrate a solid knowledge of the legislative process and Canada's Constitution, including the role of the Senate as an independent and complementary body of sober second thought," regional and minority representation, the form says. Applicants must also "demonstrate outstanding personal qualities, including ...ethics and integrity."

Candidates must summarize in 1,000 words or fewer how they meet the qualifications, and attach their CV and three letters of reference with contact information. They also have to agree to security checks, to continue residing in the province they represent while they're senators, and to respect the confidentiality of the process.

The application form also asks candidates whether they have engaged in any conduct that could be perceived to conflict with the standards expected in public life. It specifies that it's referring to activity that, if disclosed publicly, would "negatively impact the non-partisan and merit-based perception" of the Senate appointment. It also asks candidates to disclose whether they are registered to lobby at any level of government in Canada.

While political activity or lobbying won't disqualify an applicant, the form requires they disclose whether in the past five years they've been a member of a party, tried to run for nomination or public office, fundraised for political purposes, or attended social events sponsored by any particular party or politician. It also asks whether they've donated to a candidate or party, or loaned money to one.

Applicants get one last chance to sell themselves via a section allowing up to 500 words about their "independent and non-partisan" perspective.

Seven independent senators were named through the new merit-based appointments process in March.

With files from the Canadian Press