Veterans launch 'Anyone But Conservatives' campaign during Harper stop 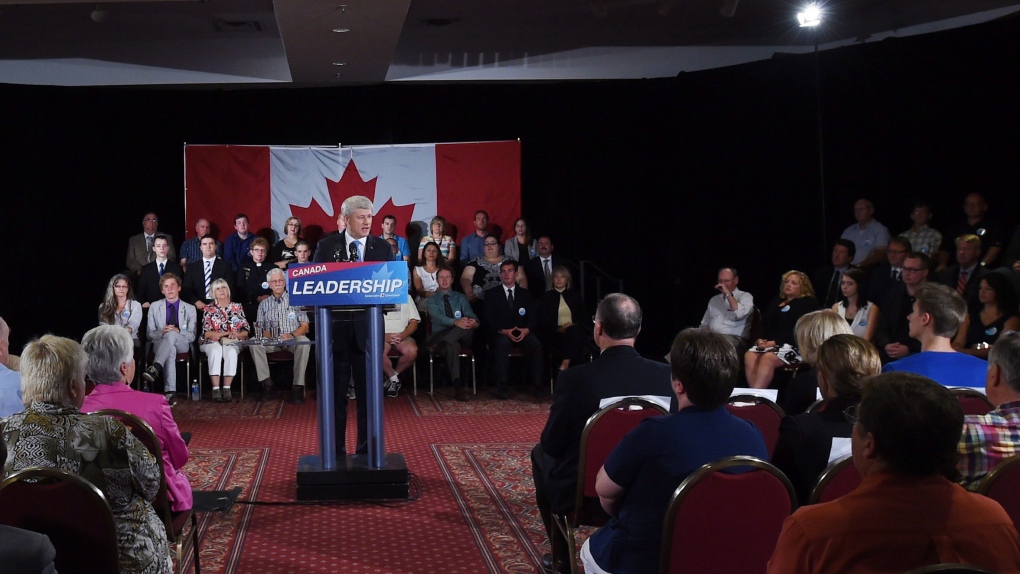 FREDERICTON -- A veterans group opposed to the Harper government says it is planning to regularly picket campaign events, post lawn signs and use social media in its Anyone But Conservatives campaign, launched Monday.

The group kicked off its efforts with a protest outside the Royal Canadian Legion branch in Fredericton as Stephen Harper made announcements to boost the number of military reservists in the next mandate.

Tom Beaver, the chair of the campaign, said the veterans will be holding similar rallies and protests across the country.

He said he was among a group of veterans who waited outside the campaign gathering but weren't permitted to enter the local legion building.

Beaver, a former member of the army who served as a peacekeeper in the 1990s, says the group has a network of about 320 volunteers who are poised to help a board of 12 directors arrange the national campaign.

He says the Fredericton rally was arranged at short notice, and he expects the protest will be repeated at Conservative campaign stops across the country.

Veterans wearing their uniforms will be stationed near polls on election day in an effort to dissuade voters from supporting Harper, he said.

Beaver also said in a single day the group's fundraising website -- which was launched Monday -- raised about $1,800.

The group says in an email it was formed after cuts to Veterans Affairs occurred in parts of the country under the Harper government.

An auditor general's report late last year said one in five ex-soldiers seeking mental health care had to wait up to eight months for their application to be reviewed.

But the Conservatives have said service levels have been increased through delivery of veterans programs at offices that jointly provide other government services.

Kory Teneycke, a Conservative campaign spokesman, noted that Harper spent part of the day meeting with veterans and said his party is concerned about veterans' issues.

"Like all Canadians we're proud of the service of all of our military both present and past and strongly support the veterans," he said.

"Where there are issues we try to work closely with veterans to represent them."

Kris Sims, who worked as the spokesperson for Veterans Affairs Minister Erin O'Toole before taking leave to work on the Conservative campaign, said the department has been hiring new case workers.

"More than 250 case workers and Veterans Affairs staff are being hired nationally," she said in an email.

She also said the government has created a national mental health network for the military and veterans and a 24-hour hotline staffed by mental health professionals who stand ready to counsel a veteran at any time.