Veterans, gov't agree to put benefits lawsuit on hold until after election 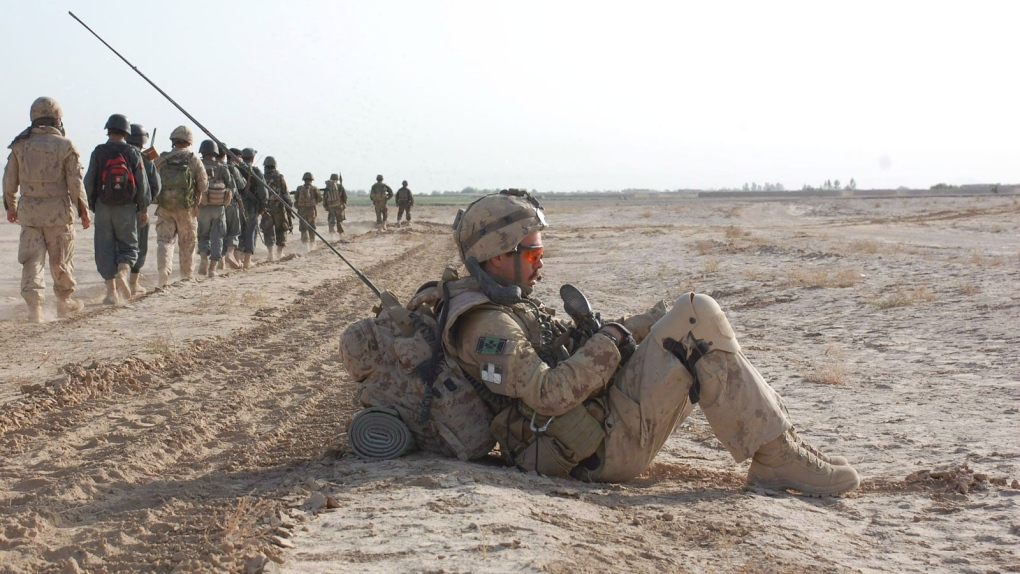 VANCOUVER -- A long-running lawsuit launched by disabled Afghanistan war veterans against the federal government is off the docket until after the federal election, if not forever.

The two sides met in a Vancouver court Monday and agreed to put proceedings on hold until May 2016 to gauge the impact of government reforms to benefits for veterans in recent months.

If the changes satisfy the veterans who launched the suit in 2012, the case will be over, said their lawyer Don Sorochan.

He wants to see what the political parties offer veterans during this fall's election campaign.

"We'll have a nice competitive bidding (process) to see who's going to do better," he said outside court.

A lawyer representing the federal attorney general said the government was amenable to standing down.

"The upshot of (Monday's) outcome is that it allows the parties to proceed on their chosen path, which is a collaborative effort to resolve these matters to everybody's satisfaction," said Lori Rasmussen.

The six veterans filed the class-action lawsuit to argue that modern-day soldiers were being discriminated against compared with those who fought in the world wars and Korea.

During their defence, government lawyers outraged veterans by saying the federal government has no extraordinary obligation to people who have fought for the country.

Some groups had threatened to actively campaign against the Conservatives.

Several new measures have been introduced recently, including new pain and suffering awards, expanded access to permanent impairment allowances for the most several disabled veterans, and retirement income security benefits.

The government has also introduced a bill recognizing the "sacred obligation" to veterans.

Sorochan said with the new legislation and regulations already on the table, they are willing to give the government time to see if the situation improves.

In exchange, the Conservative government offered to abandon its appeal of the decision that allowed the class-action lawsuit to go ahead. Instead, B.C. Appeal Court Justice Harvey Groberman ordered that challenge also be put on hold.

Jim Scott, who represents disabled veterans with the Equitas Society, said that with court proceedings sidelined, the group is banking on the election to push its issues forward.

"I think the quick fix is going to come, in the sense that in the next year we're going to see a tremendous amount of movement."

Veterans Affairs press secretary Martin Magnan said the government was pleased the plaintiffs had worked with the department to "turn adversarial litigation into respectful dialogue." He pledged ongoing consultations.

As of January, the government had spent over $700,000 fighting the veterans in court, money that should have been spent elsewhere, the NDP said.

"The veterans should not have had to take the government to court and the government should have not used taxpayers money to fight them," said New Democrat MP Fin Donnelly.

The agreement puts a number of conditions on the deal, including that the new legislation must pass by Aug. 15 and regulations pertaining to priority hiring for vets also be in place by that date.

If not, the veterans could resume their case.