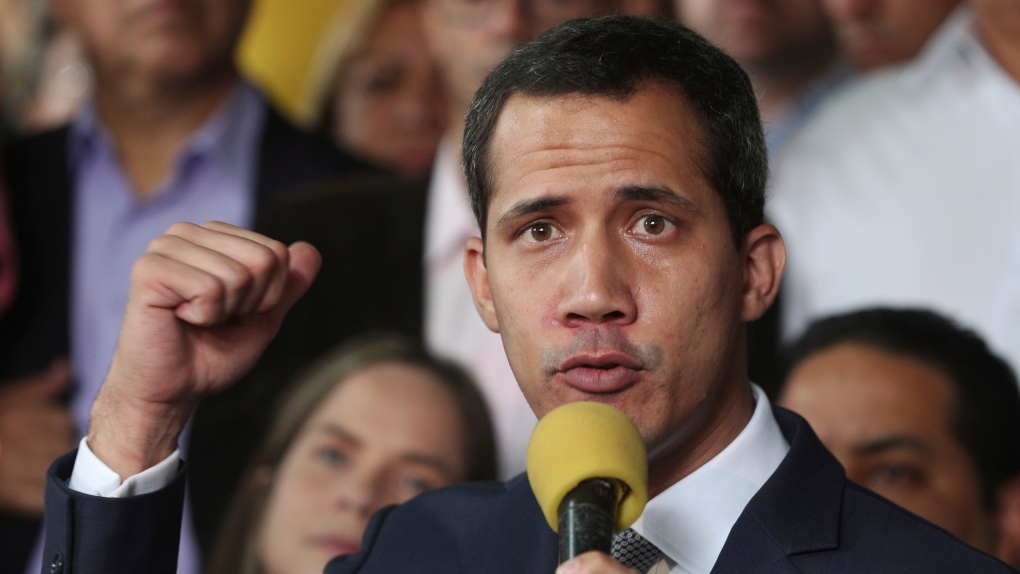 TORONTO -- Venezuela opposition leader Juan Guaido will visit Canada on Monday as part of an international tour aimed at bolstering support for his challenge to socialist leader Nicolas Maduro.

The office of Prime Minister Justin Trudeau said that he and senior Cabinet ministers would meet with Guaido, whose trip defied a travel ban imposed by Venezuela's pro-Maduro Supreme Court.

"I commend Interim President Guaido for the courage and leadership he has shown in his efforts to return democracy to Venezuela, and I offer Canada's continued support," Trudeau said in a statement.

Canada is one of more than 50 nations that recognized Guaido -- head of the South American nation's congress -- as Venezuela's interim president last year on grounds that Maduro's reelection was illegitimate.

Canada also has imposed sanctions against officials of Maduro's government and has joined five other nations in referring Maduro to the International Criminal Court.

Despite the international backing for Guaido, Maduro retains control over all practical aspects of government in Venezuela.

Guaido earlier made stops in in London, Paris, Madrid and the Davos Economic Forum.