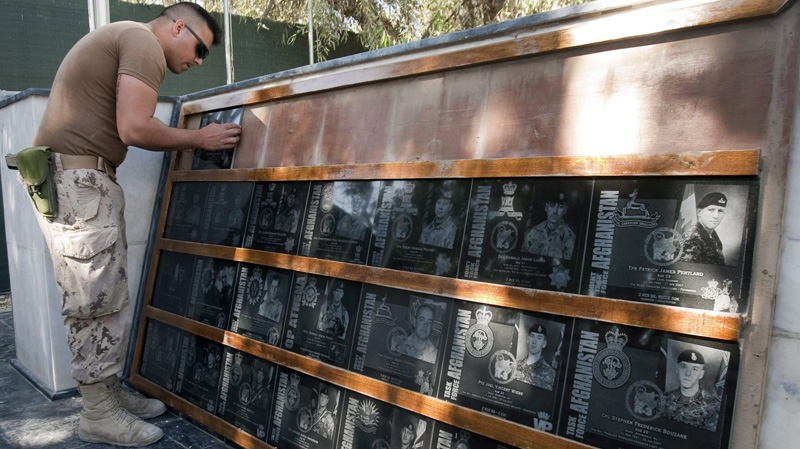 Canada’s defence chief has issued an apology, after a monument to soldiers killed in Afghanistan was dedicated without the families of the fallen present, and locked away inside the National Defence Headquarters.

Chief of the Defence Staff Jonathan Vance addressed the growing controversy over the Afghanistan Memorial Hall with a written statement on Friday, saying that the “best of intentions have led to unintended harm.”

“We owe the family and friends of our Fallen, all who served in Afghanistan, and Canadians an apology for not properly including you and not properly communicating with you,” Vance said. “I am truly sorry for our insensitivity and the pain, anger and frustration that this decision caused you,” he added. “I accept full responsibility for it all.”

The memorial hall includes a structure with the names of 162 Canadians including a journalist, civilians and more than 150 soldiers killed in action. The structure stood in Kandahar Airfield until after Canada’s mission in the country ended.

Families of the fallen and other military observers expressed confusion and anger after they found out about the private dedication attended only by military brass. Speaking to CTV’s Power Play on Wednesday, Major-General (Ret.) David Fraser described the memorial’s rollout as a “real misstep.”

According to Vance, the department was worried about keeping the memorial “safe from the elements and vandalism” and so decided “to protect it within our base in a space custom-designed to house it in a dignified and peaceful setting.”

“We also made this decision to install it within the secured zone of the Headquarters in light of plans to create a publicly accessible National Monument to Canada’s Mission in Afghanistan in Ottawa,” Vance said. “This new monument will recognize the commitment and sacrifice of Canadian men and women who served in Afghanistan, as well as the support provided to them by Canadians at home.”

Vance said the memorial hall will be made accessible to all who wish to see it. In the meantime, all members of the Canadian Armed Forces and their families can see it whenever they wish by presenting their military identification card for access.

Karen McCrimmon, a former lieutenant-colonel in the Canadian Armed Forces who now serves as parliamentary secretary to the minister of public safety, was critical of the dedication ceremony.

“It was kind of tone deaf,” the MP for Kanata—Carleton said in an interview airing Sunday at 11 EST on CTV’s Question Period.

McCrimmon said she wasn’t sure who made the decision, but “they should have realized that there would be people – there would be families, mothers and fathers, and sisters and brothers, and children – who want to be there.”

“I can understand if someone was to say, ‘I want it in a national defence headquarters so we never forget the cost of war, so that it never becomes an easy decision,’” McCrimmon added. “But I also believe that they needed to involve those who had had made those sacrifices.”

McCrimmon was asked whether she believes it’s time for a change in military leadership. “We have to address some issues in the military, yes, we do, and it takes leadership on board,” she said. “This discussion, it’ll happen between the prime minster and General Vance.”