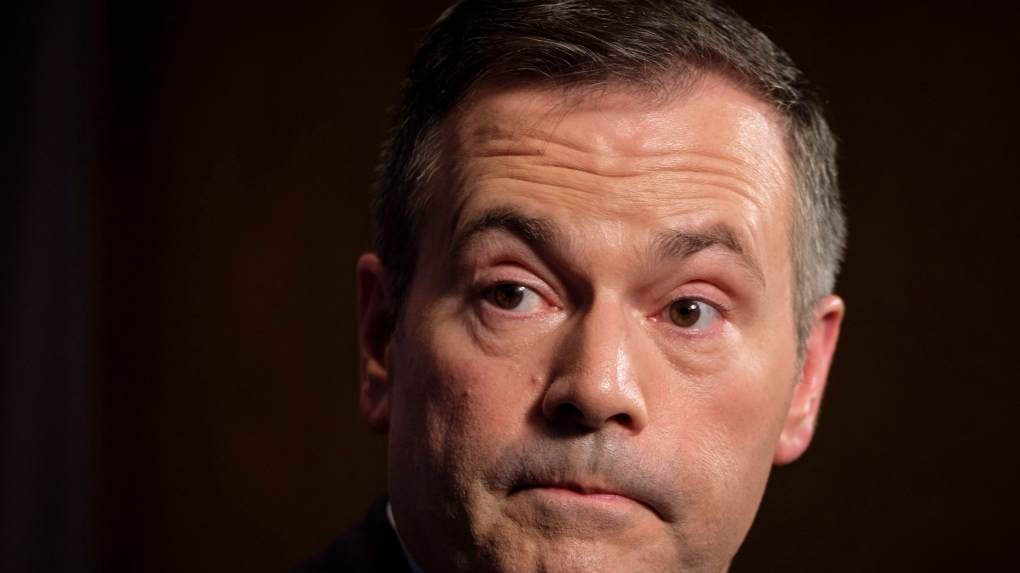 Jason Kenney speaks to the media at his first convention as leader of the United Conservative Party in Red Deer, Alta., Sunday, May 6, 2018. (THE CANADIAN PRESS/Jeff McIntosh)

Kenney says, from his experience,Trudeau struggles to grasp complex political issues, particularly the debate around the Trans Mountain pipeline expansion.

In comments published in the Calgary Sun, Kenney said Trudeau "doesn't have a clue what he's doing" and called him "an empty trust-fund millionaire who has the political depth of a finger bowl."

Alberta Premier Rachel Notley says the comments show a lot of personal hostility toward Trudeau and says Kenney needs to rise above that to be an effective leader.

Kenney has said he is on a mission to bring back civility to politics and told the legislature a day earlier that "When they go low, we'll go high."