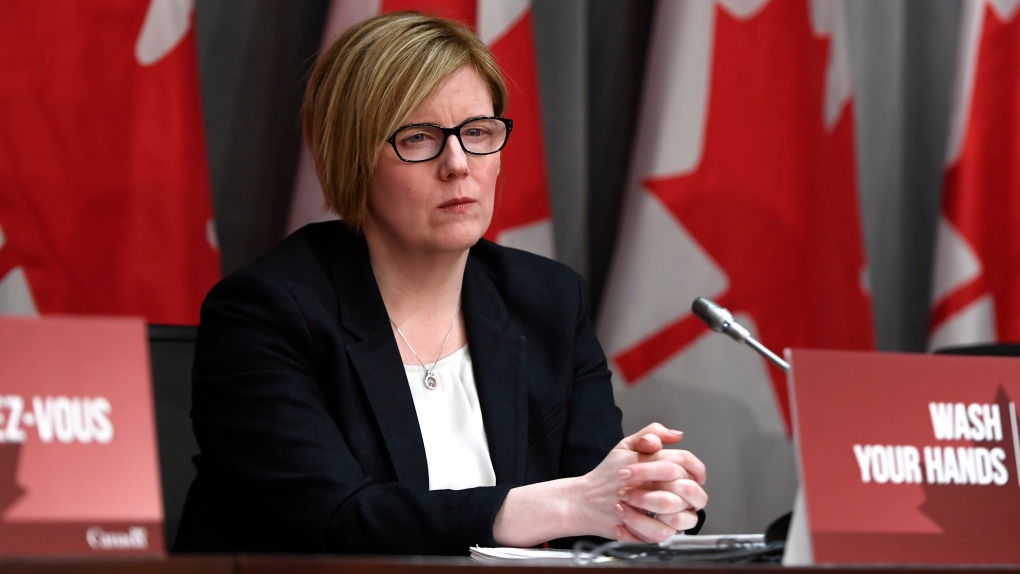 Minister of Employment, Workforce Development and Disability Inclusion Carla Qualtrough listens during a press conference on COVID-19 at West Block on Parliament Hill in Ottawa, on Wednesday, March 25, 2020. THE CANADIAN PRESS/Justin Tang

The federal budget proposed $648 million over seven years to fund a long-term technological upgrade to the EI system, the oldest portions of which rely on programming language from the 1960s.

At the same time, the budget sets aside $5 million over two years for a long-sought review of EI.

The timeline was disappointing to some who wanted a more immediate change to the decades-old system, but reflected the reality of how officials realized more time was required.

Employment Minister Carla Qualtrough said there is a need to first update aging technological infrastructure before any changes to EI can take effect.

She also said the review will focus on thorny policy issues, with gig or self-employed workers being the thorniest of all.

"We can't do everything at once," she said in an interview, adding it's not as simple as snapping her fingers to create a "utopian EI system."

"There are all these other considerations that we have to take into account."

The government has spent years trying to figure out how to adapt the EI program to modern realities with a rapid growth in the gig economy. There were about 1.7 million gig workers in 2016, a 70 per cent jump from a decade earlier, according to Statistics Canada.

An April 2018 presentation by Employment and Social Development Canada suggested preparing for labour force changes should consider a "large scale expansion of both labour market and social supports" and eligibility for benefits if the gig economy became the new normal.

It suggested officials start thinking about how to overhaul income support programs, including the "possibility of universal or means tested delivery scheme to guarantee (a) minimum standard of living."

The drop of three million jobs last March and April threatened to overwhelm the EI system so much so that the government put it on hiatus and put unemployed Canadians onto a pandemic-aid program, the Canada Emergency Response Benefit.

But it also highlighted issues long known about the employment insurance system, including how not all workers can qualify for benefits, and more are blocked entirely.

"There is a lot of material out there. We're going to build upon that, and really try and strike the balance between needing to engage and needing to act," Qualtrough said.

She added consultations will focus on areas of disagreement between employers and worker groups, such as how to calculate premiums and benefits for gig workers, in addition to policy concerns about determining when someone needs aid, given that the nature of gig employment includes ups and downs.

Qualtrough said it isn't a simple conversation or policy to provide a broader benefit to more workers in the country while maintaining some oversight to make sure help goes where it is needed.

"This challenge of unpacking the spectrum of types of work, and potentially getting out of that frame into one where no matter where you work or how you work, every hour of work is somehow -- and it's super challenging -- accounted for in a way that you get credit towards some kind of employment insurance scheme," she said.

"It's really a difficult nut to crack."

In tandem, Labour Minister Filomena Tassi has been speaking for months with platforms and their workers about what changes might be needed in federal labour rules to protect Uber drivers, for instance, while they are on the job.

She is set to meet with her provincial and territorial counterparts to talk about the rise in platform work among other issues facing the labour force.

The April 2018 presentation, a copy of which was obtained by The Canadian Press under the Access to Information Act, also suggested officials "consider the value and feasibility of new legal protections to create (a) backstop on disruption," outlining examples like a "bill of rights for human workers" and new rules on monetizing users' data.

In a separate interview, Tassi said platform workers have told her they don't want to lose the flexibility in their hours the work provides, but also want greater protections while on the job.

"We are going to attempt to achieve both things because we don't want to take the benefits away from workers, but at the same time we have to ensure that there are those protections for workers."

This report by The Canadian Press was first published May 9, 2021.