Truth Tracker: No, a Liberal MP isn't proposing CPP for immigrants after 3 years in Canada 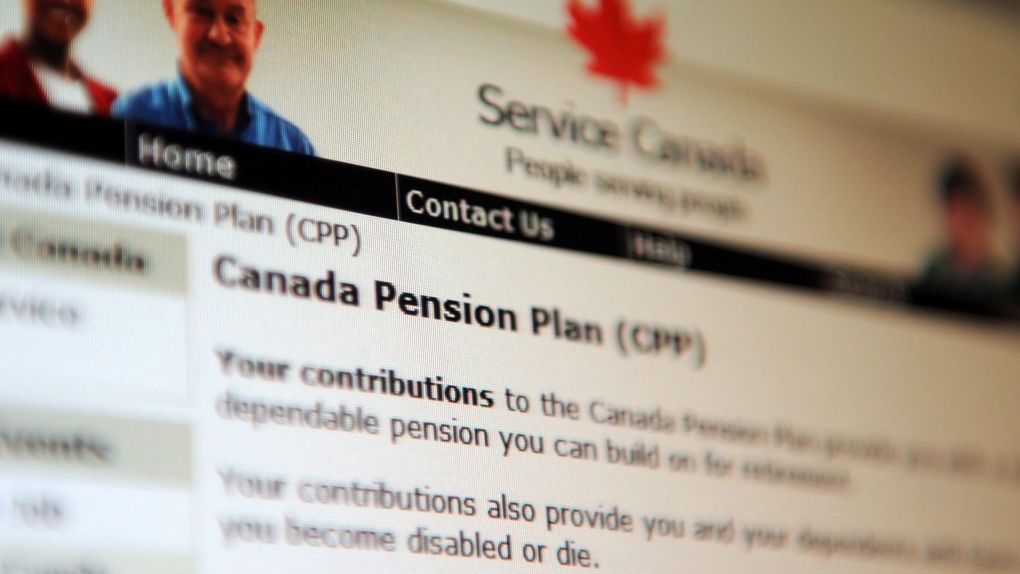 Information regarding the Canadian Pension Plan is displayed of the service Canada website in Ottawa on Tuesday, January 31, 2012. (THE CANADIAN PRESS/Sean Kilpatrick)

A post shared on a popular Facebook page earlier this week claims that a Liberal MP wants to extend the “Canada pension” to new Canadians after they’ve been living in the country for just three years. The Liberal in question made no such proposal; she hasn’t even been an MP for eight years.

The post made inside the 11,000-member Alberta Pipeliners group shows a picture of former Liberal MP Ruby Dhalla. It states: “This is Liberal MP Ruby Dhalla. She wants a law passed allowing foreign seniors to be able to collect Canada pension after 3 years of residency in Canada. Absolutely nobody should be collecting a Canadian pension who has never paid into our systems. This is beyond wrong.”

The post has generated dozens of comments from seemingly angry Canadians. “If they didn’t pay into it, they are not entitled to receive it,” wrote one user. “The cpp money belongs to the people that paid into it, it is not the governments money.” 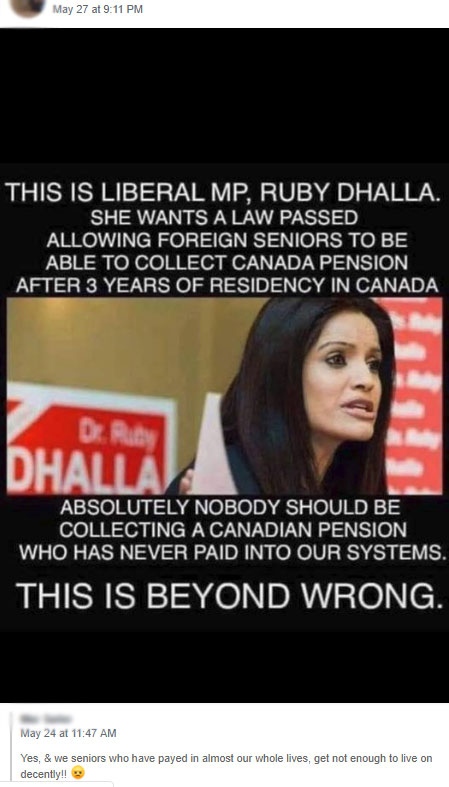 Dhalla hasn’t been an MP since 2011 when she lost the Ontario riding of Brampton--Springdale to Conservative Parm Gill. She did make a proposal in 2009 that would have lowered the residency requirement for resident seniors to collect Old Age Security (OAS), to three years instead of 10. But OAS is not the Canada Pension Plan (CPP). OAS is a program paid out to residents from general revenue in order to prevent poverty. It is separate from the CPP, which collects money from workers and then pays out different amounts based on how much they contributed. Dhalla's bill didn’t make it past the first reading.

A spokesperson for the Liberals tells CTV News they have no intention of making changes to the residency requirements for OAS or CPP.

This isn't the first time the post has been shared widely. AFP, the Paris-based news service hired by Facebook to check facts, reported last November that the same post had attracted more than 11,000 shares in a single week.

Email us by clicking here or visit our Newsbreaker page