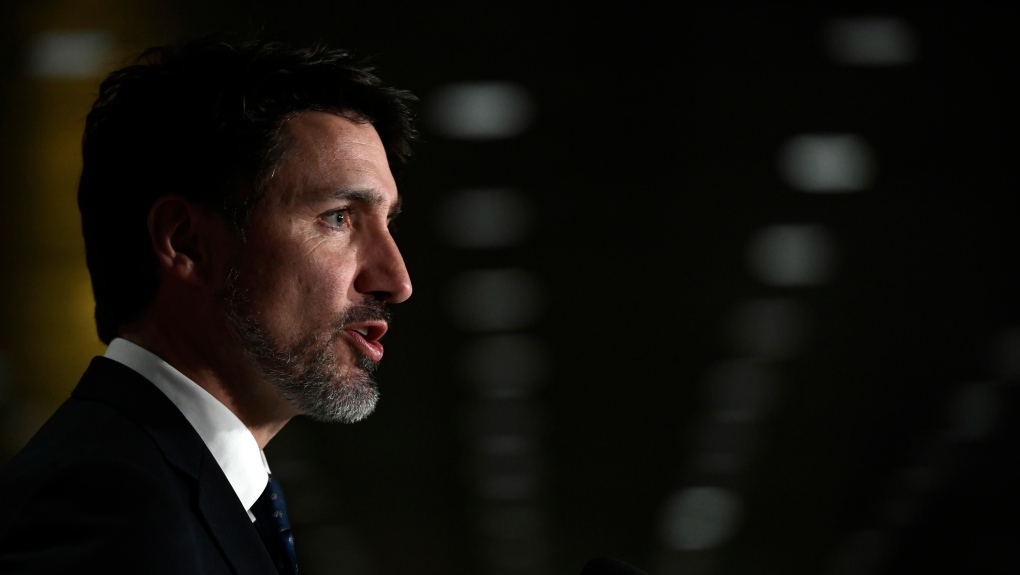 OTTAWA -- Prime Minister Justin Trudeau has taken Canada's campaign for a seat on the United Nations Security Council directly to African diplomats with a speech that tried to emphasize his boyhood connection to the continent.

Trudeau fondly recalled accompanying his father, former prime minister Pierre Trudeau, on trips to Africa as a child and later as a young adult backpacker.

He spoke in a pre-reception address on Tuesday night to an audience of about 200 people, most of them diplomats from African countries, at the Ottawa headquarters of Global Affairs Canada.

Trudeau said his father shared with him his deep love and respect for the African continent -- an apparent attempt to counter critics who said his government ignored Africa during its first term in power when it was dealing with major trade issues with the United States and Mexico.

But the prime minister won applause from the crowd when he described the future of Africa-Canadian relations as one rooted in deepening business and trade ties with the fast-growing continent.

Earlier this month, Trudeau visited two African countries, Ethiopia and Senegal, as part of his government's campaign for the council seat.

"In all our conversations, one thing was clear: We have everything to gain by working together on the priorities we share. Canadians, like people across the African continent, want to see real progress on the issues that matter most to them," said Trudeau.

In Ethiopia, he met leaders attending the African Union summit to win support for Canada.

In Dakar, Senegalese President Macky Sall said he would try to drum up support for Canada's bid among African countries.

Africa, with its 54 voting countries, is a key voting bloc in the secret ballot that will take place at the UN General Assembly in June.

Canada will need at least 128 votes in that election for a two-year term on the council starting in 2021, but faces stiff competition from Norway and Ireland who are also campaigning.

Trudeau has said winning the position would give Canada more influence on the world stage on issues such as peace, security and human rights.

He committed Canada to a council run in 2015 as part of his "Canada is back" pledge, following the 2010 loss of a seat to smaller and economically fragile Portugal under the previous Conservative government.

"If our goal of making sure that Canada deepens its trade and investment ties, as well as people-to-people ties, the African diaspora, the African-Canadian community is key and central to that effort," Hussen told the gathering.