Trudeau to meet with Trump Tuesday at NATO summit 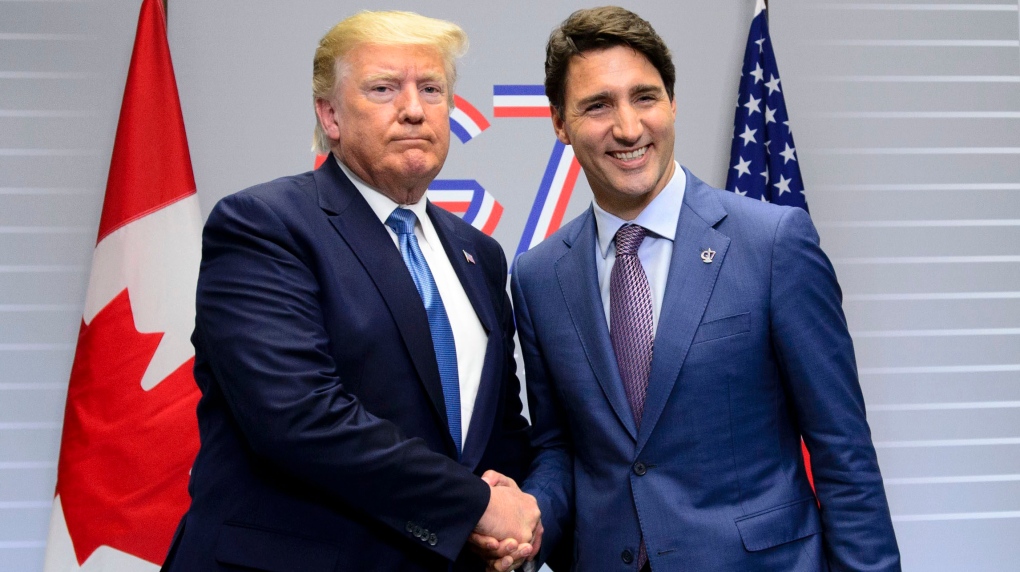 Trudeau and Trump are among the 29 NATO leaders in the United Kingdom to celebrate the 70th anniversary of the alliance.

The meeting between the pair will happen at Winfield House, the British residence of the U.S. ambassador.

Trump has previously accused other NATO countries of not spending enough on defence and has considered scaling back U.S. involvement.

As Canada faces pressure from the alliance to spend more on its military, Trudeau is expected to highlight the country’s strong support for Ukraine. There are currently about 200 Canadian Forces personnel helping train Ukraine’s military.

The last time Trump and Trudeau met was at the G7 summit in France in August for a discussion on trade and diplomacy.

They offered brief remarks during a photo-op about their shared commitment to seeing the new North American trade deal enacted.

The renegotiated NAFTA deal could very well be a point of discussion for the two leaders as they meet at the NATO summit.

In an effort to get the deal ratified, Deputy Prime Minister Chrystia Freeland travelled to Washington, D.C.last week to meet with U.S. and Mexican trade officials.