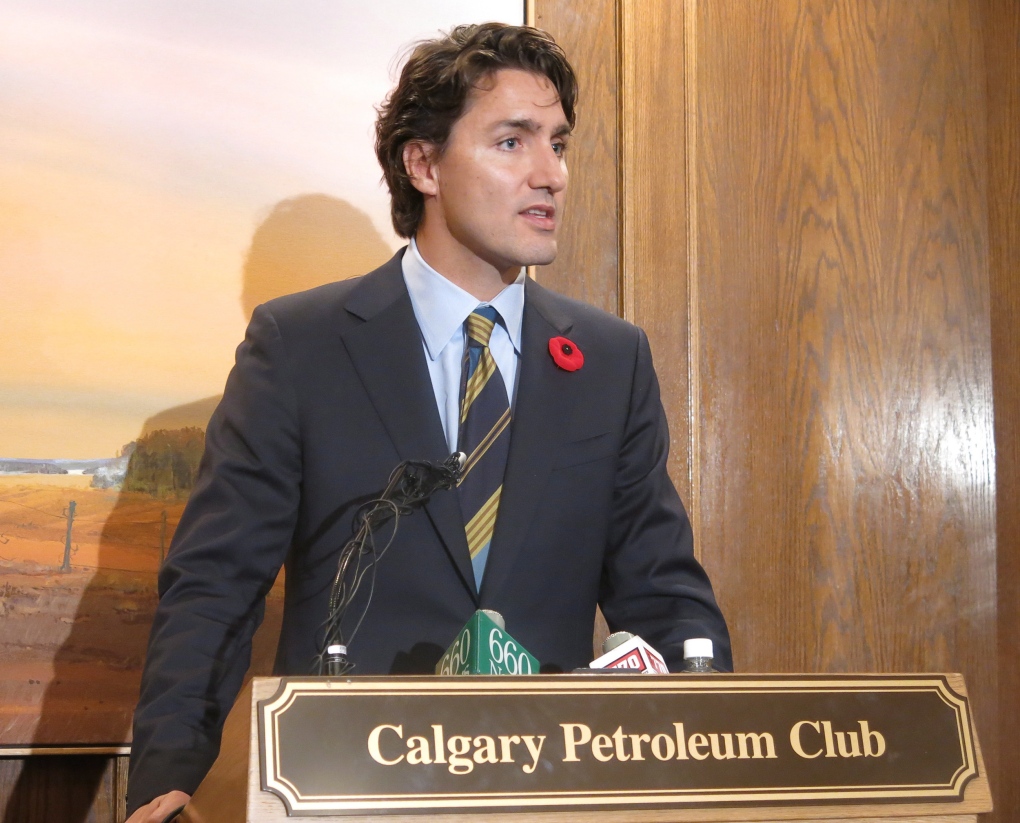 Trudeau told the Calgary Petroleum Club that Stephen Harper's government has failed to come up with a "sensible" national strategy on greenhouse gases and that is damaging Canada's reputation.

"After eight years here is what the so-called friendliest government the Canadian energy industry has ever had has accomplished: We are further than ever from a sensible policy to reduce carbon pollution and the oilsands have become the international poster child for climate change," Trudeau told the well-heeled crowd.

"The government has failed to move the yardsticks on one of the most important infrastructure projects of our generation -- the XL pipeline. They have needlessly antagonized our closest friend and most important market and they have failed to gain access to the growing markets of the Asia-Pacific region."

Trudeau was critical of Harper's suggestion that the project was a "no brainer" for President Barack Obama to approve.

"You don't have to be (former Liberal prime minister) Lester Pearson to know bad diplomacy when you see it," said Trudeau. "The prime minister has been far, far more concerned with making headlines than making progress."

Trudeau said Canadians have never been bullies, despite having vast petroleum reserves.

"We have the second-largest petroleum reserves in the world that the world is very interested in purchasing. But that doesn't give us the power to push anyone around because people know our economy depends on actually creating markets for those resources."

Trudeau said if Canada isn't able to convince the world that it is strong environmentally, it will lose market access for its natural resources.

TransCanada's (TSX:TRP) Keystone XL project would carry 800,000 barrels of oil a day from Alberta across six U.S. states to the Texas Gulf Coast.

Obama is expected to issue a final decision later this year or in 2014 on whether to allow the $7-billion pipeline to proceed through the U.S.

Trudeau said he supports Keystone because it is in the public interest.

But he said he doesn't believe that the case for the Northern Gateway pipeline proposed by Calgary-based Enbridge (TSX:ENB) has been made.

That project would deliver 525,000 barrels of petroleum a day from Alberta to a tanker terminal in Kitimat, on the B.C. coast.