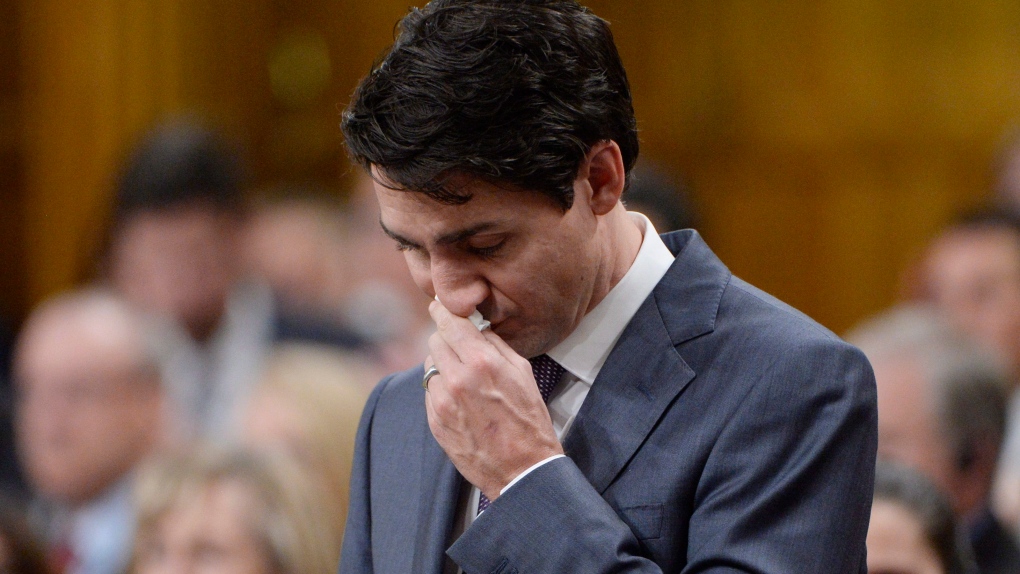 Prime Minister Justin Trudeau pauses while making a formal apology to individuals harmed by federal legislation, policies, and practices that led to the oppression of and discrimination against LGBTQ2 people in Canada, in the House of Commons in Ottawa, Tuesday, Nov.28, 2017. (Adrian Wyld/THE CANADIAN PRESS)

OTTAWA -- Conservative Leader Andrew Scheer says he was sincere in his response to the apology for past state-sanctioned discrimination against LGBTQ people in Canada, but two of his caucus colleagues believe Prime Minister Justin Trudeau went too far.

Conservative MP Harold Albrecht says Trudeau went beyond apologizing for historical wrongs when he expressed his support for children discovering their sexual orientation or gender identity as young as the age of six.

Albrecht says that is why he did not join in the applause or rise to his feet along with the rest of the people who witnessed the keenly anticipated expression of regret in the House of Commons Tuesday.

His caucus colleague Ted Falk says he was firmly behind decision to issue an apology to those who have been wronged, but the fact that some of the statements went beyond that kept him from responding with as much enthusiasm as others.

There were many Conservative MPs who did not attend the apology.

Scheer says he delivered his response to the apology on behalf of the Conservative caucus and that he does not want to politicize the issue.