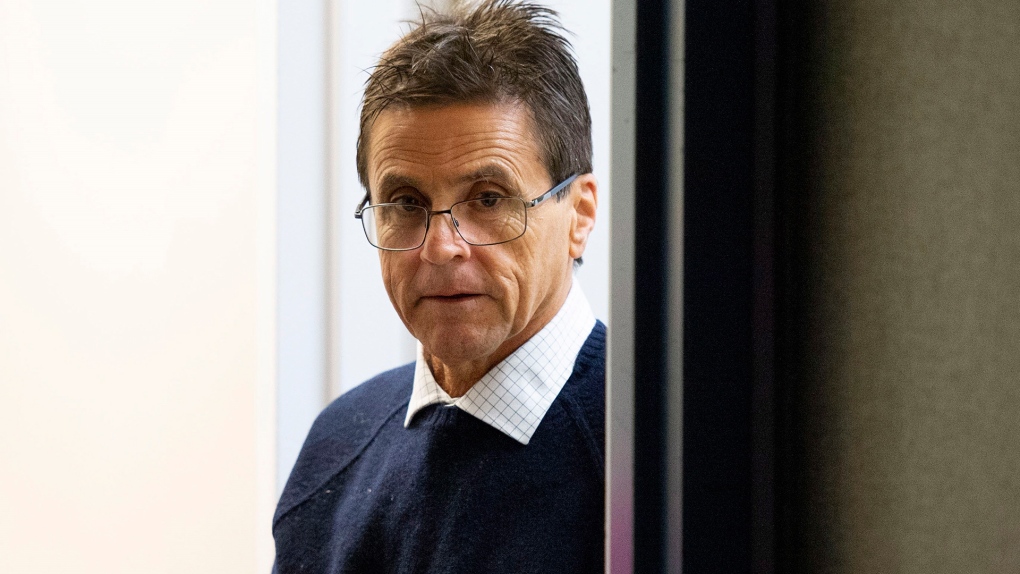 Hassan Diab arrives for a press conference on the French Court of Appeal's decision in his case on Parliament Hill in Ottawa on Friday, Oct. 26, 2018. THE CANADIAN PRESS/Justin Tang

OTTAWA -- Justin Trudeau signalled Wednesday that Canada will stand up for an Ottawa sociology professor facing trial in France as human-rights advocates renewed calls for the Liberal government to intervene.

In late January, France ordered Diab to stand trial for a decades-old synagogue bombing, a move his lawyer called the latest misstep in a long odyssey of injustice.

The Canadian government has been communicating with officials in France about the case and will continue to do so, Trudeau said during a news briefing Wednesday.

"It has been a priority for us to make sure that we're standing up for our citizens all around the world, with countries that are challenging, but also with our allies," he said. "And those conversations will continue."

Canadians would rightly expect their prime minister and government to stand up for a falsely accused citizen, said Donald Bayne, Diab's Ottawa lawyer.

"But what does that ambiguous phrase mean?"

Born in Lebanon, Diab became a Canadian citizen in 1993, working in Ottawa as a university teacher.

The RCMP arrested him in November 2008 in response to a request by France.

French authorities suspected Diab was involved in the 1980 bombing of a Paris synagogue that killed four people and injured dozens of others, an accusation he has consistently denied.

After lengthy proceedings that went all the way to the Supreme Court of Canada, Diab was extradited to France, where he spent three years behind bars, including time in solitary confinement.

In January 2018, French judges dismissed the allegations against him for lack of evidence and ordered his immediate release.

Trudeau said later that year that what Diab went through "never should have happened."

Diab's supporters have long argued he was in Beirut -- not Paris -- when the attack took place and that his fingerprints, palm prints, physical description and age did not match those of the suspect identified in 1980.

Earlier this year, Bayne called the French move to have Diab stand trial "a travesty of justice," saying the latest analysis of handwriting evidence in the case makes the argument for pursuing his client even weaker.

Diab, 67, is now back with his wife and young children in Ottawa as his lawyers in France appeal the latest decision.

Alex Neve, former secretary-general of Amnesty International Canada, said in January it is "cruel and baffling" that French authorities continue to suspect Diab.

Neve said the Canadian government must become involved at the highest political levels and not simply stand aside on the grounds that justice must be allowed to run its course.

Justin Mohammed, a human rights law and policy campaigner with Amnesty Canada, said Wednesday the organization was encouraged by Trudeau's remarks but stressed that Canada must not co-operate with extradition requests that prolong Diab's ordeal.

"It would be unconscionable to return him to face trial in France given the way his case has proceeded."

The Ottawa-based International Civil Liberties Monitoring Group has called on Trudeau and Foreign Affairs Minister Marc Garneau to intervene with their French counterparts "to put a stop to this endless, Kafkaesque affair."

The group, which represents dozens of civil-society voices, also wants the prime minister to commit to not extraditing Diab to France a second time.

It also says Canada must reform its extradition laws to ensure no one else is forced to go through what Diab has endured.

Tim McSorley the group's national co-ordinator, said Wednesday that while the prime minister's words were encouraging, Trudeau missed an opportunity to "clearly and publicly denounce the ongoing miscarriage of justice being faced by Hassan Diab."