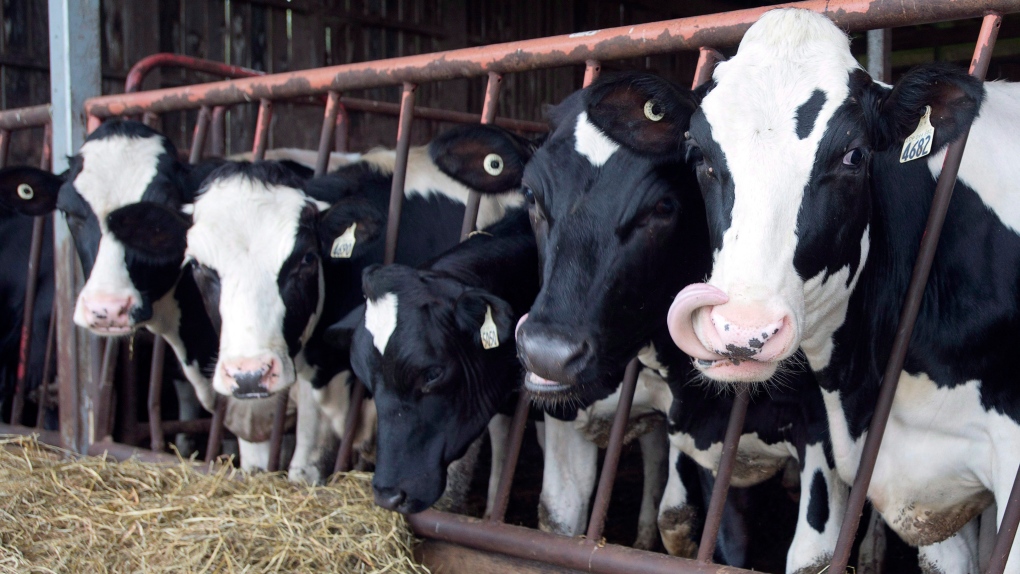 OTTAWA -- Prime Minister Justin Trudeau said Tuesday he is committed to honouring past promises to compensate dairy farmers who have suffered losses due to trade deals.

Trudeau made the comment in response to a demand by Canadian dairy farmers for compensation from the government because of losses they say have been caused by a series of agreements that have subjected them to more competition.

Dairy Farmers of Canada representatives say they have received a multi-year commitment for $1.75 billion in compensation from the government for losses they have incurred due to Canada's trade deals with Europe and with Pacific Rim countries.

But they have yet to be compensated for a third trade deal: the new North American trade pact with the United States and Mexico that came into force July 1.

Trudeau said his government is working with dairy farmers to compensate them for the recent Canada-U.S.-Mexico Agreement, or CUSMA, that replaced the North American Free Trade Agreement.

"We are right now working with dairy farmers and others on compensation for NAFTA," Trudeau said.

"We recognize how many families and communities have been hit hard by this pandemic and we will always be there to support people, including with compensations that we have long promised and will deliver."

The Dairy Farmers say that by 2024 trade concessions will mean that 18 per cent of domestic milk will be outsourced to foreign dairy farmers.

"When the pandemic started here in Canada, we were very careful not to be pushing hard. We knew that the government had their hands full in trying to deal with the pandemic to ensure that Canadians were well-looked-after," said David Wiens, the vice-president of the organization.

"It's eight months later, and we're saying, you know, those commitments were made."

Access to Canada's supply-managed dairy sector was a thorny issue during the negotiations for the Comprehensive Economic and Trade Agreement (CETA) with Europe that went into force in 2017, the Comprehensive and Progressive Agreement for Trans-Pacific Partnership (CPTPP) that took effect in 2018 and the recent CUSMA.

Wiens said the dairy farmers received their first instalment of compensation payments last year for CETA and CPTPP. But it wants the government to set up a schedule to start payments to compensate for losses due to CUSMA.

"Without the compensation that has been promised to us, dairy farmers may have to postpone or forego investments, which will have serious consequences for rural communities across the country," he said.

This report by The Canadian Press was first published Oct. 20, 2020