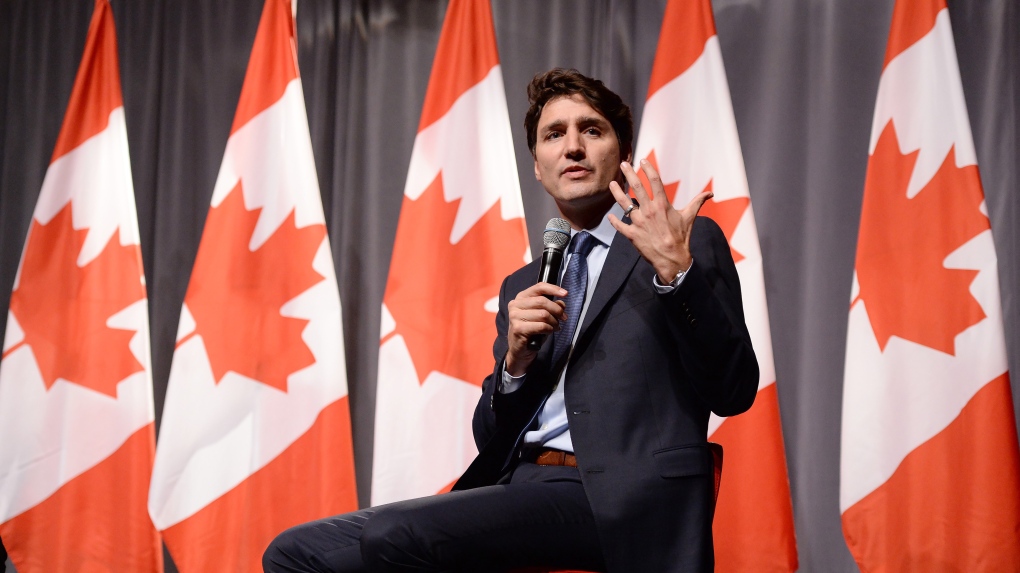 Prime Minister Justin Trudeau speaks to supporters during an armchair discussion at an open Liberal fundraising event in Toronto on Thursday, May 9, 2019. THE CANADIAN PRESS/Nathan Denette

Speaking in Vancouver, Trudeau said Canadians are seeing the impact of climate change with an increase in wildfires in Western Canada, recent tornadoes in Ottawa and flooding across the country this spring.

"Extreme weather events are extraordinarily expensive for Canadians, our communities and our economy," he said

"We need to be taking real action to prevent climate change. That's why we're moving forward on a price on pollution right across the country, despite the fact that Conservative politicians are trying to push back against that."

His comments counter those made by Alberta Premier Jason Kenney, who has said forest fires have always happened and a carbon tax won't change that.

The former NDP government brought in the tax in an attempt to reduce greenhouse gas emissions and as a way to raise revenue for green energy projects.

Kenney has shrugged off criticism that Alberta is now doing less to fight climate change.

"They've had a carbon tax in British Columbia for 10 years," he said Friday. "It hasn't made a difference to the pattern of forest fires there ... or in Alberta. And we've always had forest fires. We always will."

Trudeau said the carbon tax will help the federal government protect land and oceans, invest in renewable resources and move to a cleaner economy.

"We know that the extreme weather events coming are unaffordable for Canadians and for our society," he said.