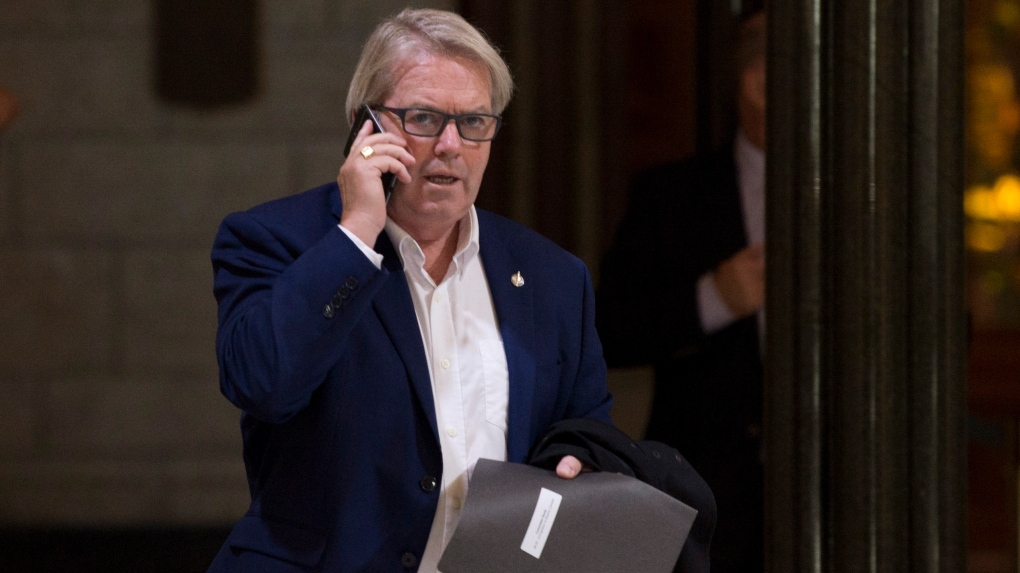 Then-Liberal MP Rodger Cuzner speaks on the phone as he makes his way to caucus on Parliament Hill in Ottawa on Wednesday, October 18, 2017. THE CANADIAN PRESS/Adrian Wyld

Cuzner was an MP for Cape Breton for nearly 20 years but quit politics before the last federal election in 2019.

A consulate general is a major diplomatic outpost, subordinate only to the main embassy in a foreign capital.

They're mostly led by career diplomats but prominent former politicians such as former prime minister Kim Campbell and ex-NDP MP Joe Comartin have been tapped as well.

The Boston consulate general serves Canadians in the northeastern United States and maintains relations with regional figures like state governors and business leaders.