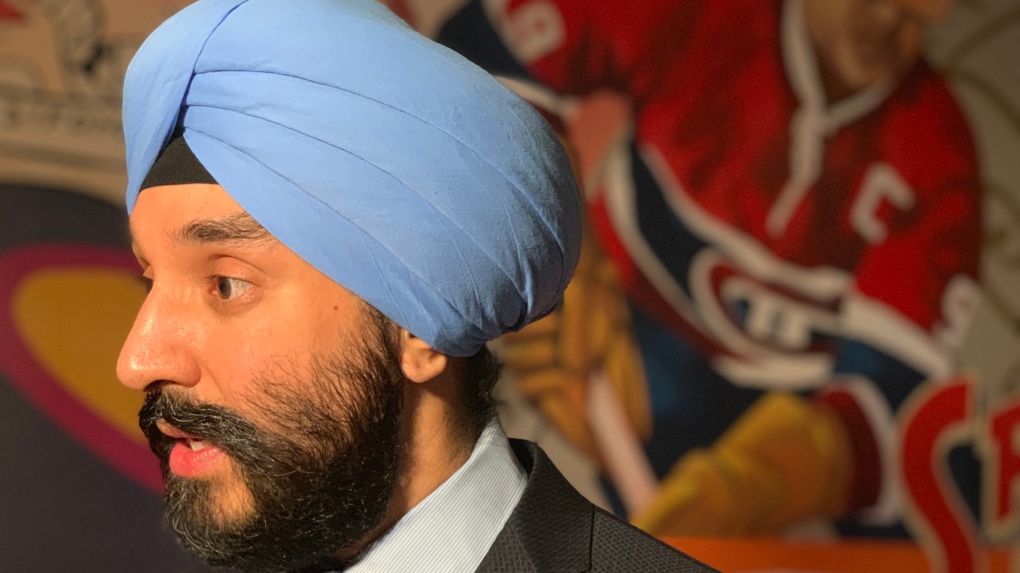 Minister of Innovation, Science and Economic Navdeep Bains answers questions about the idea of creating data trusts, during an international conference at the Montreal offices of startup Element AI. (Alexander Panetta/ POLITICO)

Should the data we provide to social-media giants like Uber, Facebook and Air BnB be exclusively under their control, or under the control of third-party trusteeships whose board members we can hire, fire, or sue for data breaches? A bit like pension-fund managers.

The Canadian government is studying the idea, according to a report in POLITICO Pro Canada.

Innovation minister Navdeep Bains told POLITICO that he's looking at the idea as part of his ongoing digital policy review, and his staff has been taking notes and asking questions as leading experts on the concept are gathering in Montreal.

At an international conference hosted by Montreal startup Element AI, Bains said Canada is looking seriously at ways to increase public confidence in the safety of data and is considering the data-trust model as a possibility.

A new revelation during the conference highlighted the stakes of the issue and caused a stir at the Montreal event: about Facebook giving some companies access to user data, while blocking others.

Bains cautioned that the conversation is still in its nascent phase.

The U.K., which is furthest along and has already launched pilot projects, suggests the following definition for data trusts: "A legal structure that provides independent third-party stewardship of data."

But the basic architecture of such trusts remains far from settled.

Attendees at the Montreal conference discussed numerous models, and basic questions such as: Would these be run by governments, non-profits, for-profit companies or a combination? Could people shop around and decide where to entrust their data? Could regular people share in the profits from data? Might companies offer discounts to users who share data? How do current laws apply? How would a publicly run trust interact with existing freedom-of-information and privacy laws? Should there be special licenses and insurance for data trustees so they could be sued in the event of a data breach?

"It's still early stages," Bains said. "[But] this is a conversation I'll be engaging with. ... How can we pull data together for the collective good? How can we bring data together that provides benefits for the many, and not the few?"