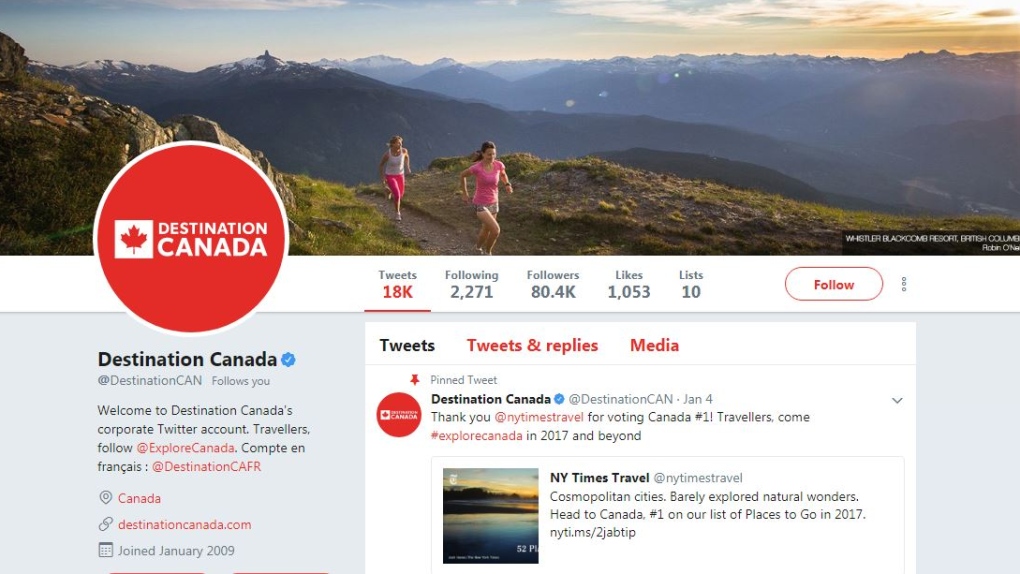 OTTAWA – Since coming to power the Trudeau government has spent more than $13.6 million on sponsored social media posts.

A CTV analysis of more than 1,500 pages of documents tabled by the government in the House of Commons last week, reveals that 58 federal departments, Crown corporations, and government agencies have used sponsored posts to get their message out to Canadians, and beyond.

The documents were released in response to an Order Paper question from Conservative MP Blake Richards.

In responding to Richards’ request, the government disclosed the total cost of sponsored social media posts on Facebook, Twitter, and Instagram put out by government departments or federal agencies between November 4, 2015, when the Liberal cabinet was first sworn-in, and May 10, 2017.

This total does not including the bills from the Royal Canadian Mint, and the Canada Post Corporation, both of which reported that they’d purchased sponsored posts, but withheld the total cost.

Canada Post cited confidentiality as the reason it wouldn’t disclose the amount, and the Mint said it was withheld “on the grounds that the information is considered financially and competitively sensitive.”

Also included in the documents was information on analytic data, views, reach, and details of the demographics targeted by the sponsored posts.

Sponsored social media posts are defined in the disclosure as content that the government has paid a social network to boost or get in front of specific eyes, and not regular, unpaid posts.

In an emailed statement, Jean-Luc Ferland, spokesperson for the President of the Treasury Board of Canada, said the multi-million dollar spend is about the government’s push to communicate with Canadians in different ways.

“Whether it’s Twitter, Facebook, Snapchat, Instagram—or the traditional interview, press conference or scrum, which happen all the time—it is important for our government to connect with Canadians on platforms with which they are increasingly familiar,” he said.

Ferland said that, by going the social media route, the Liberals have reduced federal advertising spending by 39 per cent in its first year in government.

“In contrast with the previous Conservative government, we do not spend millions of taxpayer dollars on expensive and partisan advertisements during major sporting events like the Stanley Cup Playoffs and the World Series,” he said.

Two federal agencies spent more than one million dollars each. The top spender was Destination Canada, which is a Crown corporation mandated to promote Canada internationally and generate tourism revenue.

Destination Canada reported spending more than $4.3 million (4,323,618.97) on hundreds of sponsored posts. Among them were posts about the “Connecting America” marketing program that was targeted at potential U.S. travellers with the intent of raising American’s awareness of Canada as a travel destination; a package of sponsored posts aimed at potential travellers in Australia, France, Germany, and the U.K.; as well as various other sponsored posts targeting people in Brazil, Korea, Mexico, and Japan.

In an emailed statement, Destination Canada told CTV News that the $4.3-million spent on social media generated more than 77 million views, and that its shift to digital marketing is not new.

“Digital marketing, including advertising on social media, is a cost-effective strategy that is ‘always on’ and highly targeted to the right consumers at the right time with the right message. Digital campaigns are a very effective way for Destination Canada to reach potential international travellers,” they said.

One was aimed at informing newcomers to Canada about free settlement services like employment search help. The department said this campaign had more than 11,000,000 impressions. These “ads,” as the department classified them in its disclosure, were focused on newcomers to Canada within three years, with an emphasis on smaller and rural communities, and ran between February and March, 2017.

The second campaign promoted the Electronic Travel Authorization (eTA), the new entry requirement for visa-exempt foreign nationals travelling to or through Canada. This promotion was targeted at dual citizens and geo-targeted in Canada, United Kingdom, France, Germany, Japan, Hong Kong, Korea, Netherlands, Taiwan, Israel, Italy, Switzerland, and Australia. It received more than 233,000,000 impressions during the year it ran, between March 2016 to March 2017.

In addition to the two federal agencies that spent more than $1 million, there were 20 departments or agencies that posted six-figure spends on sponsored posts.

The department that spent the third-highest amount was Veterans Affairs Canada, which spent $867,138.23 on sponsored posts, including a week of posts around Remembrance Day 2015 using the hashtag #RememberThem; and posts between March and April 2017 noting the 100 year anniversary of the battle of Vimy Ridge using the hashtag #Vimy100.

And the fifth-most expensive bill for sponsored social media was Health Canada, it reported paying $762,701.64 to get its content seen. Among their campaigns were a promoted a sponsored cannabis education campaign aimed at parents of teenagers; and a video on the wind chill index that offered “Information on how to stay warm and safe in extreme cold,” that ran between February 20 and 26, 2017.

Health Canada also reported a number of different campaigns on things like household mould and dental care, aimed specifically at “Canadians interested in A Tribe Called Red” among several other Indigenous-related demographic qualifiers.

The median spend of the 58 departments and agencies that reported purchasing sponsored social media content, was $40,000. That’s what the Canada Border Services Agency paid for promoted posts aimed at recruiting people aged 18-35 .

The thriftiest of federal agencies that used sponsored posts was Marine Atlantic Inc., the Crown corporation that operates a ferry service between Newfoundland and Nova Scotia. It paid Twitter $100 to boost a gas card promotion. The buy returned more than 13,000 impressions, but just three link clicks.