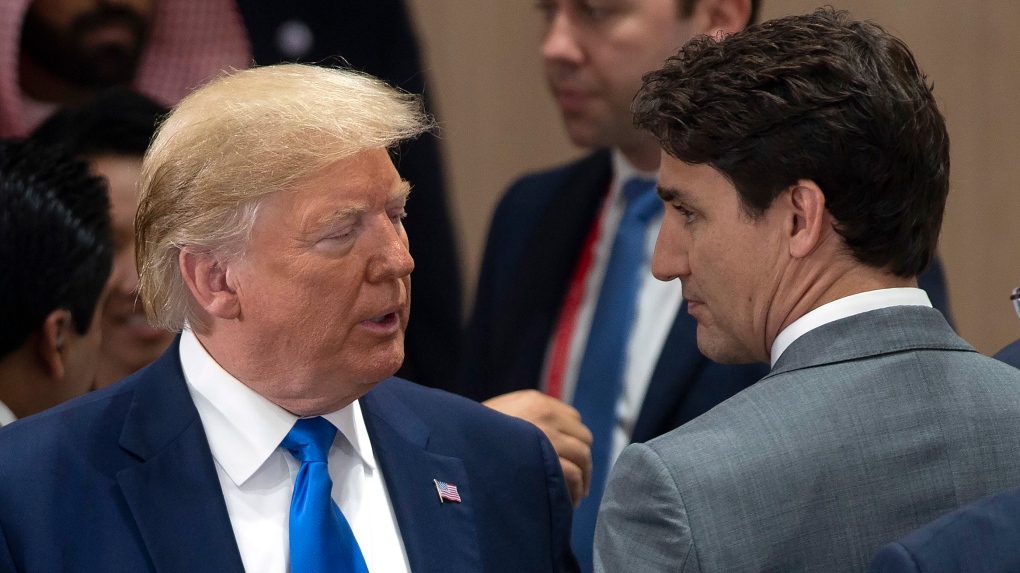 Canadian Prime Minister Justin Trudeau speaks with United States President Donald Trump at the start of the a plenary session at the G20 Summit in Osaka, Japan, Saturday June 29, 2019. THE CANADIAN PRESS/Adrian Wyld

According to a statement from the Prime Minister’s Office, Trudeau and Trump addressed the ratification process of the new trade pact.

Deputy Prime Minister Chrystia Freeland tabled the new NAFTA bill this week. As debate kicked off in the House of Commons Thursday, it was met with both criticism and approval from opposition parties.

Trudeau also brought up the ongoing arbitrary detention of Michael Kovrig and Michael Spavor in China and the need for their immediate release.

"The Prime Minister thanked the President for the continuing support of the United States in this regard," read the memo.

The two Canadians were imprisoned in China more than a year ago, when officials there cited threats to national security just days after the Vancouver arrest of Huawei executive Meng Wanzhou.

Neither Michael Spavor nor Michael Kovrig have had access to legal aid but have been met regularly by consular officials from Canada.

The two also found common ground on both country’s measures to "protect the health and safety of their citizens" from the coronavirus outbreak – now considered a global health emergency by the World Health Organization (WHO).

Canada has confirmed three cases of the virus, two in Ontario and one in B.C. As of Thursday, the WHO said more than 9,500 people have been diagnosed worldwide.