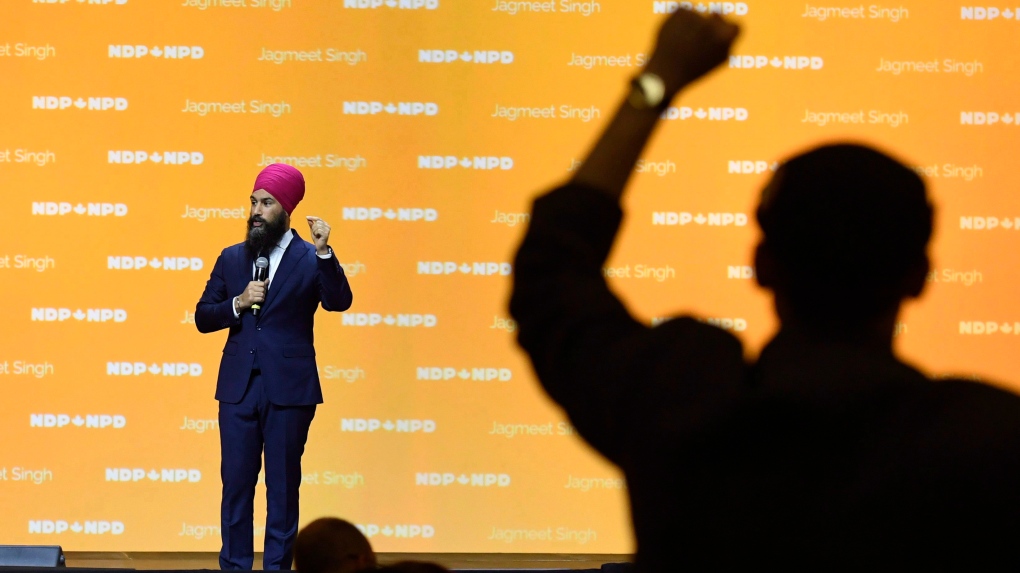 OTTAWA – Consistently trailing their counterparts when it comes to party fundraising, the NDP are trying a new approach: offering donors the chance for a free home-cooked meal.

In a new fundraising pitch to supporters sent over the weekend, NDP Leader Jagmeet Singh is offering to host one donor for a dinner he'll cook, if they chip in to the federal party before Nov. 23.

The entrance page gives supporters the option to contribute between $100 and $400, or another amount of their choosing in a blank box. It also gives donors the option to make their contribution recur monthly.

A video attached to the fundraising pitch shows Singh, clad in an apron and oven mitts, holding an orange casserole dish walking through the NDP headquarters, stating he "loves to cook."

The contest winner will also have their transportation and hotel covered, in exchange for the NDP to be able to use that person in future advertising.

"A restaurant felt impersonal. Grabbing a coffee wouldn't give us enough time together – and my surfing with Jagmeet idea got shot down," Singh states in the email.

This new effort comes amid fundraising troubles for the party and its new leader.

Last week, Singh, who is seeking to run in a yet-to-be-called Burnaby South byelection, sent a fundraising email to local supporters stating that just $1,918 had been raised for his campaign office, and $4,000 was needed in order to be able to keep it open.

His campaign manager told CTVNews.ca at the time that the figures were an accurate depiction of the MP-hopeful's war chest, but the send-out was successful and Singh won't have to close the door on his campaign office before the race even begins.

With less than a year to the next federal election, the party is trying to boost donations to make them competitive with the federal Liberals and Conservatives who are regularly raising considerably more money. The most recent quarterly report from Elections Canada shows the NDP raised just under $862,000. In contrast, the governing Liberals brought in $3.7 million, and the Tories took in $4.8 million.