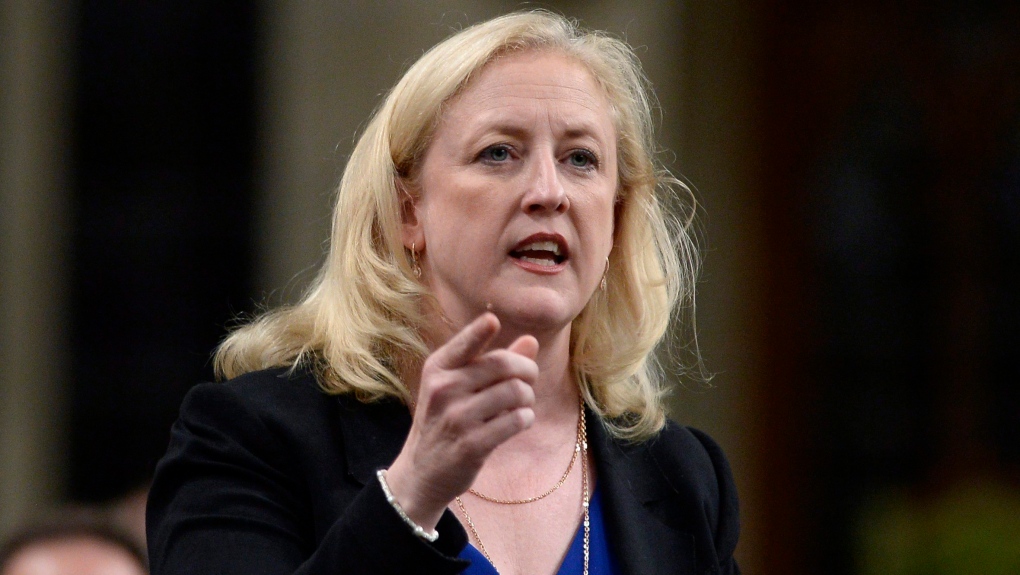 Conservative MP Lisa Raitt asks a question during Question Period in the House of Commons on Parliament Hill in Ottawa on Wednesday, June 20, 2018. (THE CANADIAN PRESS/Justin Tang)

OTTAWA -- Seven Conservative MPs plan to spend the summer travelling the country in search of ideas on how best to protect the economy and jobs from crippling tariffs imposed by U.S. President Donald Trump.

They're calling it the "Defend Local Jobs Tour" and it will start in July and run through August.

The MPs intend to meet workers, businesses and labour groups to get ideas on how best to shield the economy from steep American tariffs on steel and aluminum and Trump's threat to extend the tariffs to automotive imports as well.

The TD Bank has estimated that 160,000 Canadian auto jobs could be lost if Trump follows through on that threat.

All federal political parties have adopted a united front in the face of Trump's protectionist measures, rallying behind Prime Minister Justin Trudeau's decision to impose $16.6 billion in retaliatory tariffs on U.S. products coming into Canada, which go into effect on Sunday.

But Conservatives and New Democrats have both criticized the Liberal government for failing so far to offer measures to support Canadian workers affected by the tariffs.

By the numbers: Ottawa's tariff reprisal against Trump

Cost of Canadian groceries could rise due to new tariffs, CEO says